ASUU has promised to call off its 5 months lingering strike, only if the Federal Government agrees to their new demand. 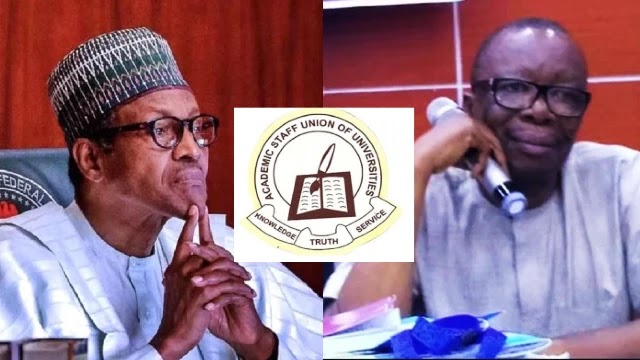 The Academic Staff Union of Universities (ASUU) has challenged the federal government to accept the University Transparency and Accountability Solution (UTAS) payment platform for it to call off the ongoing strike.

ASUU national president, Prof. Emmanuel Osedeke, who said this while speaking on Channel Television on Monday night, said the strike will continue unless government accept UTAS and honour the 2009 agreement.

Osodeke said, “Let government tell us they have finished testing the UTAS and sign the agreement, then tomorrow we will call off the strike.

ASUU President, Prof Emmanuel Osodeke had earlier stated on June 18th that its members are not beggars and the stoppage of their salaries by the government won’t force them to call off their strike.

The Academic Staff Union of Universities has said its members are not beggars and the stoppage of their salaries by the government won’t force them to call off their strike. pic.twitter.com/xhqtDchLJQ

It's 142 days (20 weeks) since ASUU embarked on its nationwide strike following the failure of the government to meet some lingering demands of the union, leaving many Nigerian University students at home.