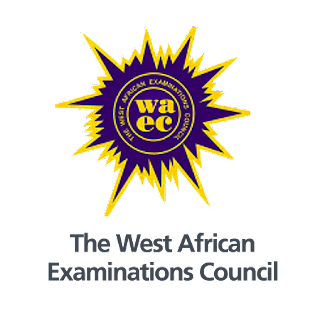 21th JUNE 2022
Agric Science
Obj!
1BCDCCDDBAC
11BAABDBBAAA
21BACBBDDABD
31ADBACBCDBB
41CDDDADBDCA
Completed
*NUMBER 1 A SOLUTION*
(i)     *Security of Tenure*:
It is to safeguard farmers against unreasonable eviction.
(ii)     *Ensuring Proper Land Use:*
This is ensure that agricultural land is not unnecessarily diverted to non-agricultural purposes.
(iii)   *Government Projects:*
This is to make large tracts of land available for government-sponsored development of large scale farms or resettlement schemes.
(iv)    *Land Improvement:*
It is to carry out large scale improvement such as irrigation, drainage and soil water conservation in order to ensure a reasonable standard of efficient production for a long time. Such requirement should be obligatory, irrespective of land tenure system.
(v)    *Influence on Size of Holdings:*
It is to prevent land fragmentation and encourage the consolidation of small holdings into large units.
(2a)
(i) Monocropping is defined as the practice of cultivating a single crop species each growing season and harvesting it before another crop is planted.
(ii) Mixed Cropping: This system involves the growing of two or more crops on the same piece of land at the same time, during the same growing season.
(iii) Mixed Farming: This system involves the cultivation of crops and the rearing of animals simultaneously on the same piece of land or farm.
(iv) Crop Rotation: Crop Rotation is defined as the planting of different types of crops on the same piece of land in a definite sequence.
OR
Is the system that involves the growing of different crops on the same piece of land year after year, with each crop following the other in a definite sequence.
(3)
(3a) LOADING....
(3b) LOADING......
(3c)
[Pick Any THREE]
(i) Ring method
(ii) Foliar method
(iii) Brocasting method
(iv) Row Application
(v) Band Placement
(5ai)
Balanced Diet: is a diet containing all the six food classes/types of food in the right proportion to meet the body's requirement for growth, repair and maintenance.
(5aii)
Maintenance ration is given to farm animals just sufficient/enough to maintain/sustain the basic/basal metabolic functions of the body.
(5aiii)
Production ration is given to farm animals to enable them produce either egg, meat, milk, offspring, hair/fur/wool/work.
(5iv)
Malnutrition is a condition which results when an animal is fed on a diet which is deficient in quantity and quality of the essential nutrients in the right proportion.
(5b)
[PICK ANY SIX]
(i) Slow or retarded growth
(ii) Loss of weight/emaciation.
(iii) Low production/ reduced egg laying in birds/decrease in milk production in cow, etc.
(iv) High mortality rate in young animals.
(v) High susceptibility to disease attack.
(vi) Physical deformities such as rickets, osteomalacia, etc.
(vii) Retarded growth
(5c)
(i) Nursery is done on ground, beds or seed boxes and trays with top soil mixed and sterilise
(ii) Seeds are sown in drills 5cm apart and 2.5cm deep.
(iii) Shading, weeding, watering and mulching are done regularly.
(iv) Transplanting is done when seedlings are 3 weeks old on Nursery