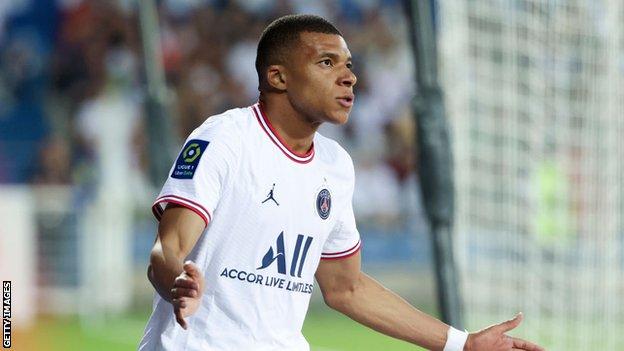 Kylian Mbappe has made up his mind. According to CBS Sports transfer insider Fabrizio Romano, arguably the best young talent in the world will remain at Paris Saint-Germain rather than move to Real Madrid.

Mbappe, 23, has been the subject of intense speculation since last summer when a move to Real Madrid fell through, and he was left to see out the remaining 12 months of his contract before becoming a free agent this summer.

🚨 Kylian Mbappé will STAY at Paris Saint-Germain. He’s definitely not joining Real Madrid this summer, the final decision has been made and communicated to Florentino Perez. 🤝 #Mbappé

Mbappe, who is coming off a 36-goal season, was named Ligue 1 player of the year for the third time last weekend. He scored 42 goals last season and has at least 30 in each of his previous four seasons with PSG.

The news that Mbappe will stay is huge for PSG, who are aiming for European glory in the near future after going all-in last summer with the signing of Lionel Messi. Keeping Mbappe allows the club to field him, Messi, and Neymar in the attack next season, when they will be one of the favorites to win the UCL once again.