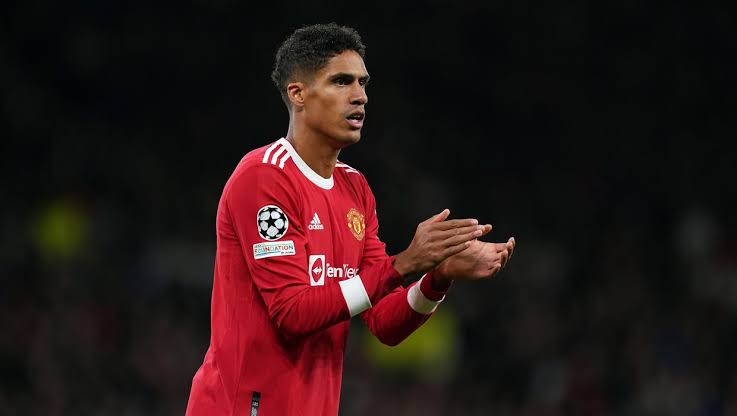 Manchester United exit from Europe's last 16 round in the UCL shows that the England giants will go trophiless for 5 consecutive seasons.

Reacting to this the Reds summer signing said:

"We will not point fingers, fight each other or complain. We can reflect on the season when the battle is finished.

The atmosphere last night was incredible, we will fight for everything for this club until the last minute of the season. Failure is a foundation of victory. Proud to defend @manchesterunited" 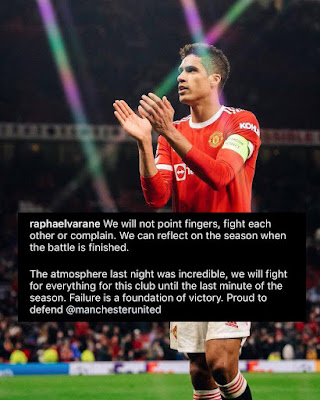 The £42million signing from Real Madrid featured in both fixtures of the clash against his old rivals (Atletico de Madrid) at the Wanda Metropolitano and at Old Trafford play 90mins each.

Raphael Varane alongside Cristiano Ronaldo was part of the Real Madrid side that won the Champions league for 3 consecutive seasons (2016, 2017, & 2018).

The 28 years France international has since his signing joined his fellow compatriots Paul Pogba and Anthony Martial at Manchester United to battle in the English Premier League.

Manchester are out of all competitions both European and Domestic cups and will now have to fight for an European place in the top 4 with Arsenal, Tottenham, Wolves and West Ham.