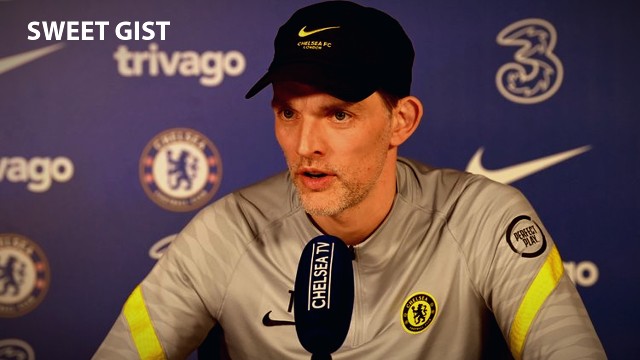 Chelsea manager Thomas Tuchel said the news of Roman Abramovich's intention to sell the club, which broke an hour before the Blues' FA Cup fifth-round match against Luton, was a distraction but would have no immediate impact on his team.

Abramovich, who is facing sanctions from the British government, has confirmed his intention to sell Chelsea in the midst of Russia's ongoing invasion of Ukraine.

Tuchel told the BBC about how the news affected his team and whether he agreed with Abramovich's decision to sell after Chelsea came from behind to beat Luton at Kenilworth Road: "I heard it a little bit earlier than you but it was still close to kick-off." It is a breaking news.

“I think every decision he takes is the right decision. It is his choice and his club, and it’s not on me to comment.”

“Even if I want to answer I don’t know,” Tuchel continued when asked how the club's impending sale will affect it. “In the short-term for us as a team, staff and players, hopefully not too much, maybe even nothing.

“But the situation is now out there and it’s a big situation. There will be a lot of reports. What we try to do is shut out the noise and stay focused, which is not always easy. But we showed today that we could do it and will be do so again on Saturday.

“We don’t live on an island. The guys have internet connections in the hotel so we see the news and we see the rumours. It’s normal for some to be detached from it and some are maybe more concerned.

To play on a day on the same day is not so easy and it makes it a bigger performance and that is why I am very happy.”