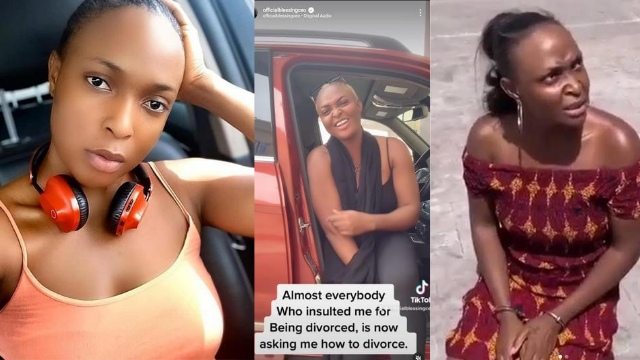 Blessing Okoro, a relationship expert, has revealed that she divorced her husband when she was only 21 years old.

Blessing Okoro made this revelation on Tuesday, March 15, while noting that the majority of those who mocked her for being divorced are now asking her how to go about it.

The relationship coach went on to say that if she had known what she knows now, she would have saved the marriage.

“They said I could not keep a man , like say I be cooler 😀. But the difference was that I was just 21 years when I divorced, small gal. Many of you will shatter into pieces at that age. But I survived with a child sef 💪.

“1 am 32 years now and they still mock me with what gave me power and a voice ..😃😃 Maybe if I knew everything I am teaching u now for free I would have saved it”, she wrote.

"Am glad now you know your pastors can’t help you .

Running to church won’t save you .

Run back to yourself.

Go inside, the answer is inside.

I saw this long time ago then I choose the part of therapy….

Marriage no be magic .

A wise woman build her home, what if she marry man wey dey scatter am .

No be one person dey build marriage."

Look well, you will see that someone got tired and decided to rest ..

Help your partner it’s not too much to ask .

One person can’t do marriage. 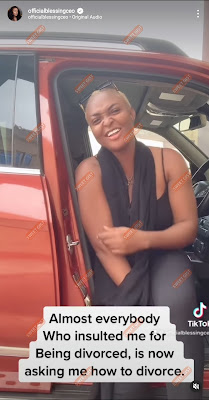 It may be recalled that the now-famous relationship expert rose to prominence following her ownership claim to a house that actually belonged to a Nigerian businessman based in China, Onye Eze.

Eze called her out for the move, and a video of her being humiliated on her knees and in handcuffs went viral. She was forced to admit in the video that the house did not belong to her. The drama didn't end there, though, as more videos surfaced showing Okoro insisting that the aforementioned house is hers and that it was all a mistake.

Okoro admitted after a lengthy back and forth that she lied about the ownership of the house and only wanted to use it to inspire herself because she had previously set a goal for herself that she couldn't meet.