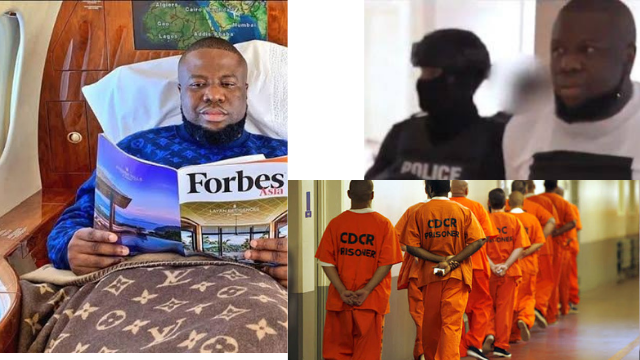 Hushpuppi, a popular Instagram celebrity, has been charged again after US prosecutors submitted court documents detailing how he committed fraud and laundered over $400k from behind bars.

On March 16, 2022, US prosecutors presented documents to the United States District Court of California with new evidence indicting HushPuppi of fraud and money laundering in a US Federal correctional facility. According to court documents, Hushpuppi participated in the purchase and laundering of Economic Impact Payment debit cards obtained fraudulently from stolen data of US citizens and residents while incarcerated in a US Federal correctional facility.

According to the court document, inmates have limited access to phone calls, video calls, the internet, and computers, but they are not monitored because inmates have the right to privacy. Hushpuppi, like the other inmates, was granted this access.

Scroll down to see the Document 👇

However, security officers at a US Federal correctional facility observed Hushpuppi using the internet more frequently between the 28th of January and the 4th of March 2022. They obtained a warrant to record Hushpuppi's activities after learning that he had been arrested for internet-related crimes. A special system was set up for him, and his activities were tracked for seven days.

Hushpuppi was discovered to be actively purchasing EIP debit cards from an underground cyber criminal marketplace called StimulusCard ("https://stimuluscard.com/"). Hushpuppi purchased 58 EIP debit cards worth $429,800 on the site while being recorded and laundered the money through one AJ.

See photos of the Document below: 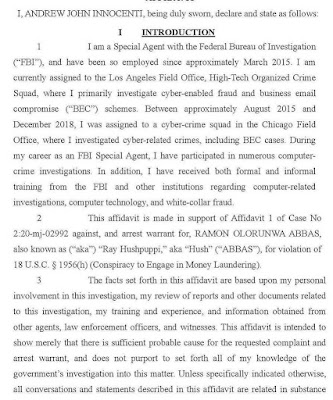 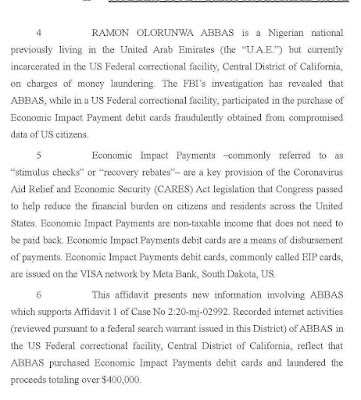 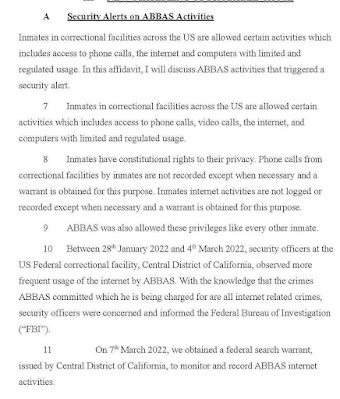 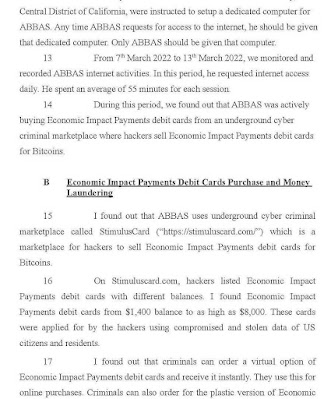 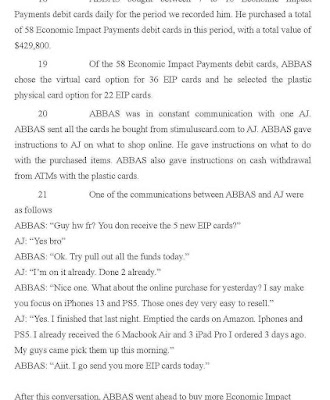 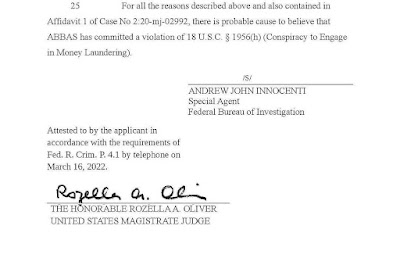