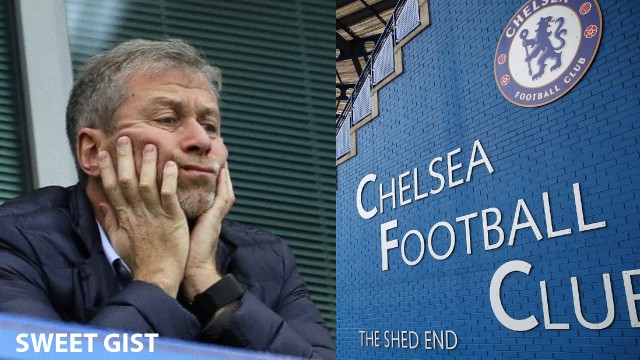 According to reports, Chelsea owner Roman Abramovich may look to sell the club, just days after announcing he would hand over stewardship to the Blues' Trust.

A legal expert has explained that Roman Abramovich's hopes for a quick sale of Chelsea appear unlikely, with several factors complicating a quick handover of power.

Speculation persists that the Russian billionaire, who announced on Saturday that he would step down from his leadership duties and hand over stewardship to the club's Trust, may be looking to sell his stake to prospective buyers.

Abramovich has owned Chelsea for nearly 19 years and has won an incredible 21 trophies during that time.

The Russian oligarch bought the Blues in 2003 and led them to every trophy available, including five Premier League titles and two Champions League titles.

However, his association with one of England's most powerful clubs has been called into question in the aftermath of compatriot Vladimir Putin's invasion of Ukraine last week.

How much would it cost to buy Chelsea?

According to the Telegraph, Abramovich, 55, is seeking £4 billion to sell the club, having previously turned down offers worth more than £2 billion.

Abramovich has ties to Putin, and European Parliament President Roberta Metsola has stated that he and other oligarchs should not be able to "hide behind a veneer of respectability" by owning sports clubs and other foreign assets.

Who could buy Chelsea?

Swiss billionaire Hansjorg Wyss is said to be one of the parties in the running to buy the Premier League giants, with Chelsea owner Roman Abramovich seeking a quick sale amid fears of sanctions.

"Like all other oligarchs, he is also in a panic,” Wyss told Blick.

"Abramovich is trying to sell all his villas in England. He also wants to get rid of Chelsea quickly.

"I and three other people received an offer on Tuesday to buy Chelsea from Abramovich.”

Wyss went on to say that Abramovich is currently asking for "far too much," with potential suitors aware that they must compensate the owner.

Abramovic stance at the Club now

According to Stephen Taylor Heath, Head of Sports Law at JMW Solicitors, the complex ownership structure of the club, the stadium, the training ground, and the hotel would necessitate a lengthy investigation, which, when combined with the owners' and directors' tests to be applied to prospective buyers, and finally the inherited debt situation, would result in nothing resembling a quick sale.

“It is understood Abramovich does not own the club directly, but rather controls the corporate entities that do,” Taylor Heath explained. “For a takeover, the first legal issue would be whether the sale was of the club as an asset of that company or the company itself. There may be shareholder agreements in place that could be relevant requiring the cooperation of third parties.

“It would bring into sharp focus the idea of stewardship of the club having been placed in the hands of the Trust if in fact the Trust and Abramovich were not on the same page with regard to the sale of the club to the prospective buyers.

“A sale would likely require consideration of the structure and what was being sold. The right to run the football operation may be in the hands of a different corporate entity, to say, the ground or hotel or training ground etc.”

He continued: “Any would-be buyer would need to undertake due diligence which would establish the ownership structure and any issues with the club. And so a very quick, immediate sale would be very difficult in practice.

“Further, the prospective buyers would have to complete the Owners and Director test to show that they were fit and proper persons for owning/running the club.

“Clearly the substantial loans that have been reported would also be a key issue if the club was saddled with substantial debt that could be called in at any time on an ongoing basis.

“That would also bring into focus the leverage that the lender had in relation to the operation of the club as a result of that debt.”

Chelsea has been contacted for comment by sports journalists and media outlets, but the club has yet to respond.