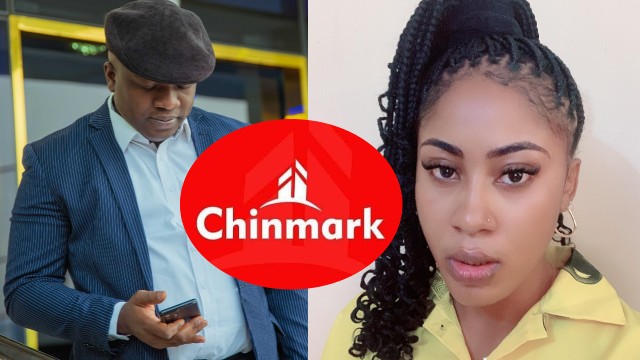 A lady has taken to her Facebook handle to plead with Chinmark Group to refund her the money she invested with the company.

The lady Ifeyinwa Chimamandanata said that if she didn't receive her money or confirm that she has been paid, then what the Chinmark Group has posted as evidence of payment is forged evidence.

Ifeyinwa said; "I have contacted them and no response yet. I am waiting for 19th. I have messaged the man but he didn’t respond thus this public statement again so he can see it."

One thing is sure,I didn’t steal this money! I work sooooooo hard for it. I mean so hard! Yes!Unless my God is not alive and his words are not same again. I must have money intact."

"Again, Marksman Chinedu Ijiomah and Amanda Chisom  know you this fact  that orphans, widows and helpless people have their money in this and they are crying to God on this and he is not deaf to these special people’’s tears. I don’t see how the Almighty God will let it slide. If others have kept people’s sweat away from them and succeeded in the past, It won’t be so now that a special Child of God like me is involved." She added.

Remember, last week, some enraged investors called for Marksman Chinedu Ijiomah's arrest because their investment has yet to pay off and their capital has gone missing.

According to a Lawyer, Collins Ogonnaya Arikor, a friend and colleague of his, whose client invested N53million, decided to conduct a CAC search on Chinmark's Group Companies but discovered that the name of the Hotel at Enugu Chinmark Suites had been changed to Bridge Suites and the founder and wife's names had been removed as directors of the Hotel.

Marksman Chinedu Ijiomah, on the other hand, has revoked the claim, claiming that the hotel has always been Bridge Suites.

"From the opening of chinmark paradise it has been named Bridge suites and residence and nothing has changed , chinmark group has 100% ownership." he wrote on Facebook and also went on to prove it on a live video.

Marksman has previously requested that investors and partners be patient, as refunding will begin on March 19, 2022.

"Dear Partners Whenever you see this notification know that it is chinmark payment !

There is More in God !

Marksman Chinedu Ijiomah issued a new statement today thanking those who have stood by them, for staying strong and believing in them.

"In a bid to show transparency in our dealings as always, full names of paid partners ought to have been published today but several calls/messages/emails from our distinguished partners have further restricted us from doing this.

Let me reassure you that your money is safe with us and we remain committed to repaying all partners soonest, update on partnership repayment will be provided always and your Managers will call to follow up; untill then, I would humbly request you to kindly bear with us." He added.

Collins Ogonnaya Arikor, on the other hand, disagrees with Marksman and refers to them as "An Empires of Lies."

Collins said: "There's something they said about lies. That once you've said a lie, you'll need a million more lies to cover up the first lie.

Above all, it is my sincere wish that all the investors get paid their monies, but it doesn't seem so."

Maazi wrote: "Another deceit alert to buy more time; don't fall for it

Chinmark is spotted sending investors agreement to sign for post dated cheque which according to him, will be paid in the next 8 months.

I thought he said he was going to pay everyone today being 19th, so why the post dated cheque to be paid in the next 8 months?"