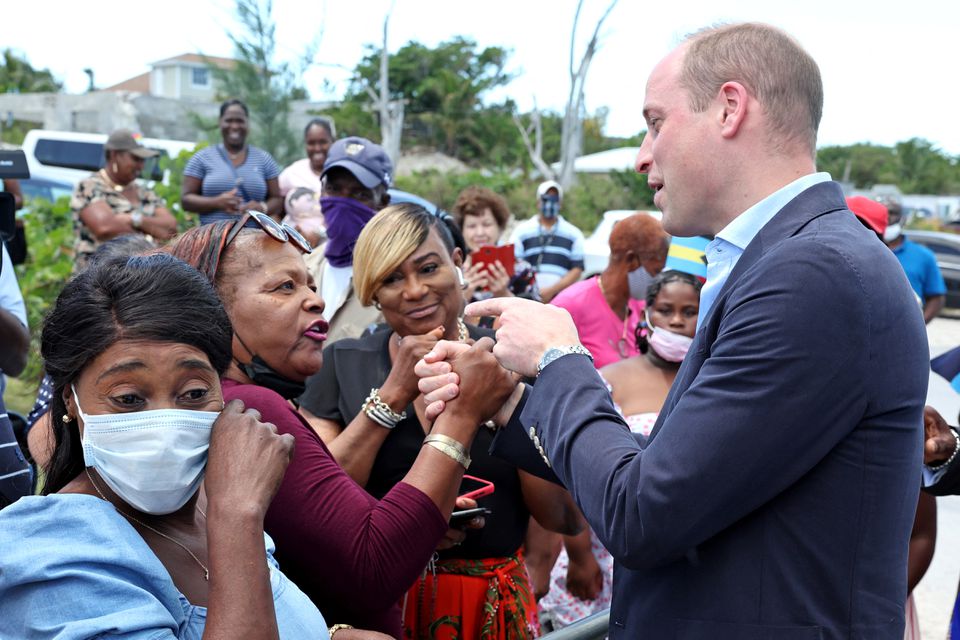 The Duke of Cambridge has stated that the future relationship between the United Kingdom and Belize, Jamaica, and the Bahamas is up to their people.

After a tour of the Caribbean marked by protests against the British empire and criticism that the trip reflected a return to colonial times, Prince William has said he is committed to service and "not telling people what to do."

William made the statement at the end of an eight-day tour with his wife Kate through Belize, Jamaica, and the Bahamas, which included protests and calls for Britain to pay reparations and apologize for slavery.

Some members of the British and international media have also criticized images from the tour, such as the royals shaking hands with Jamaican children through wire fences and standing on an open-top vehicle to watch a military parade, which resembled an image of Queen Elizabeth doing the same thing in the 1950s.

"I know that this tour has brought into even sharper focus questions about the past and the future," William said. "In Belize, Jamaica and the Bahamas, that future is for the people to decide upon."

William, the second in line to the British throne, had accompanied Kate to the Caribbean to commemorate Queen Elizabeth's 70th year as monarch. However, it comes as some countries consider severing ties with the British monarchy, and after Barbados deposed the 95-year-old queen as head of state and declared itself a republic.

Elizabeth II continues to reign over 15 realms, including Australia, Canada, and New Zealand.

William, formally known as the Duke of Cambridge, stated that he and his wife wished to serve.

"For us that's not telling people what to do. It is about serving and supporting them in whatever way they think best, by using the platform we are lucky to have."

He added that he was also not thinking about who would lead the Commonwealth of Nations, a group of 54 countries, almost all of which are former colonies of the United Kingdom, which is primarily focused on promoting democracy and development.

The queen is the head of the Commonwealth and while the role is not hereditary, it will pass to William's father and heir to the throne, Prince Charles.

The duke and duchess visited Belize and Jamaica before concluding their trip in the Bahamas.

The duchess visited a primary school in the Bahamas and spoke to students about the importance of being able to reconnect after being separated during the pandemic.

The couple also paid a visit to a church in the Abaco Islands to speak with residents about the devastation caused by Hurricane Dorian in 2019, as well as a coral conservation project that was one of last year's winners of the Royal Foundation's Earthshot Prize for environmental contributions.