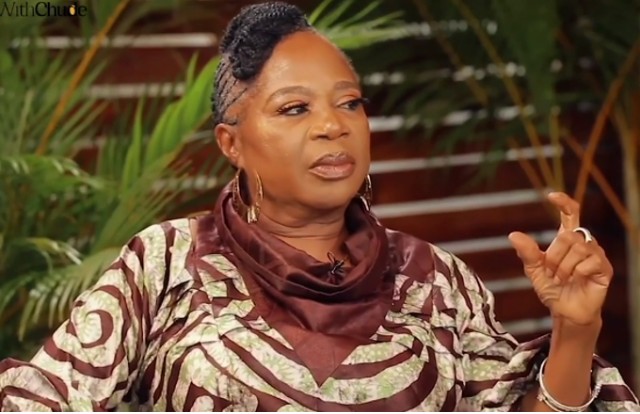 Onyeka Onwenu, a veteran singer, songwriter and actress, has spoken out about her struggles as a young married woman.

In an interview with media personality Kikilomo Atanda-Owo, Onwenu stated that even though she did not want her marriage to end, staying would have killed her.

She admitted that her marriage was difficult and harmful to her and her children.

"I went through my marriage, it was difficult because I didn't want my marriage to end, but I couldn't take it any longer, it would have killed me," she explained.

"I always say this, and it's true. It was not good for the children to grow up in an environment where the mother is depressed and carries the burden of the entire family."

Onyeka Onwenu, whose estranged husband had remained unknown for years, reportedly married a Yoruba Muslim in 1984 and they had two children.