Music Health Tech Wishes
Former vice-president Atiku Abubakar has called on law enforcement agencies in the country to immediately respect court orders regarding the release of all political leaders across the country and set them free.
He made the call in reaction to the re-arrest of Omoyele Sowore in the courtroom on Friday.
Speaking via his official Twitter handle, he listed the political prisoners as Sowore, Sambo Dasuki or Ibrahim Elzakzaky among others.

Read what he tweeted below:- 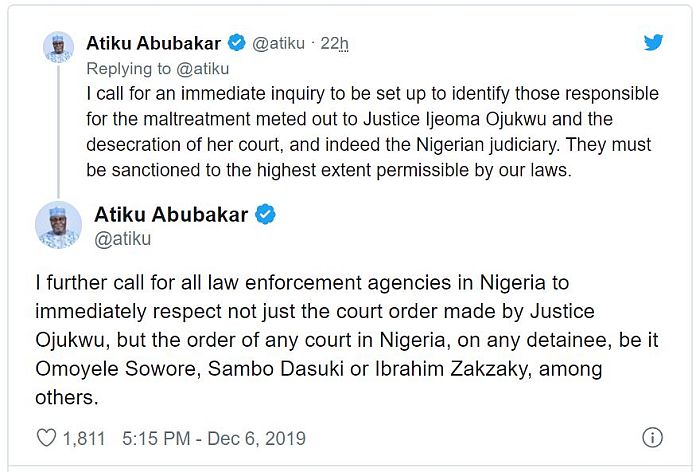