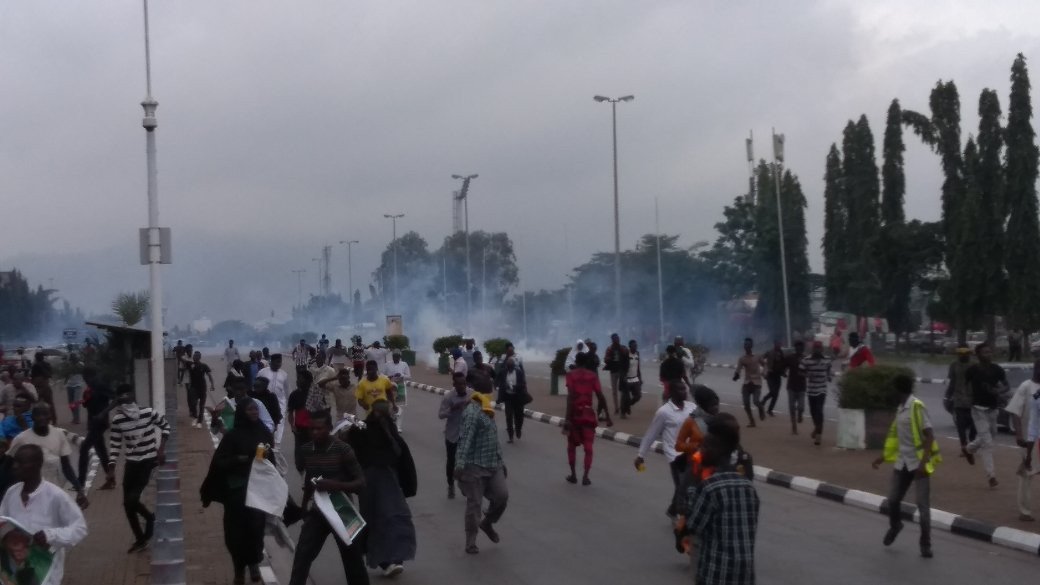 The police on Friday broke up a street protest by members of the proscribed Islamic Movement in Nigeria (IMN) in Abuja.

The IMN members had stormed the streets to launch a fresh agitation for the release of their leader Ibraheem el-Zakzaky from security custody.

The police fired canisters of tear gas to disperse the procession on Sultan Abubakar Road in Wuse zone 2, Abuja.

There may be further trouble today if the IMN members carry out their threat to embark of their annual Arbaeen trek which is in commemoration of the murder of Hussein, the grandson of Prophet Muhammad.

El-Zakzaky has been in detention with his wife, Zeenat, since December 2015 following a bloody confrontation between his followers and the entourage of the Chief of Army Staff, Lieutenant General Tukur Buratai  in Zaria, Kaduna state.