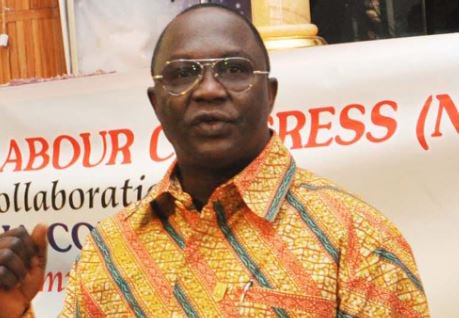 MORE states on Sunday indicated their readiness to pay the N30,000 minimum wage.

Others are waiting on the outcome of the meeting between the Federal Government and labour unions to decide on implementation.

Kano, Delta, Ekiti, Akwa Ibom, Anambra and Osun are among the states that are set to pay the new wage.

Others such as Enugu, Jigawa, Bayelsa, Plateau, Oyo, and Ondo, are undecided.

The least-paid worker in the Kaduna Civil Service got an increment of at least 67 per cent. Middle-ranking officers from Grades 10 to 14 were awarded increments of up to 60 per cent.

Osun State Supervisor for Finance, Bola Oyebamiji, said the state would pay the minimum wage, but was yet to decide on when to begin the implementation.

Kano State on Sunday said it was ready to pay the new wage.

Its Head of Service Alhaji Kabiru Shehu, however, did not confirm when the state will start paying. He told our correspondent on phone that the state was “working on it”.

Shehu said: “We are ready to pay the N30,000 minimum wage. We are working on it. We are consulting, as well as waiting for approval.”

Also on Sunday, the Delta State reiterated its commitment to paying the minimum wage.

Olise Ifeajika, Chief Press Secretary to Governor Ifeanyi Okowa, said the state was awaiting the outcome of the Constitution between the Federal Government and the NLC.

He stressed that the state would implement any agreement reached.

Ekiti State Governor Kayode Fayemi said at the weekend that his administration would begin payment of N30,000 minimum wage this month.

Speaking at the 2019 World Teachers’ Day celebration in Ado- Ekiti, Fayemi said: “We will commence payment of N30,000 minimum wage to workers in Ekiti with effect from this month.

“We are determined to reward diligence because the workers, particularly our teachers, have done the state proud.”

In Anambra, Governor Willie Obiano has budgeted N22.8billion for the new wage.

Chief Press Secretary, James Eze, told our correspondent that everything had been put in place for the implementation soon.

He added: “Anambra is good to go.”

In Enugu State, workers were yet to receive the new minimum wage.

Jigawa State will meet with the state’s NLC tomorrow to discuss the minimum wage.

Ondo State Commissioner for Information Donald Ojogo said the Akeredolu administration had also set up a committee to address the issue.

He said: “The issue of the new minimum wage is not a thing the governor jokes about. In a matter of weeks, that committee will submit its report and government’s position will be known.”

Imo State said it would await the outcome of the Federal Government/Labour talks before deciding on the next line of action.

Chibuike Onyeukwu, Chief Press Secretary to Governor Emeka Ihedioha, said the state had reinstated the 100 per cent salary payment to all categories of workers.

It was cut to 65 per cent by the Rochas Okorocha administration.

Bayelsa State is still waiting on Federal Government on the new wage, the state NLC chapter said on Sunday.

State chairman John Ndiomu said any state claiming to pay the new minimum wage without a federal template was deceiving itself.

Plateau State Governor Simon Lalong, a member of the national minimum wage planning committee, promised to implement the new wage but is yet to do so.

It could not be confirmed when the state would begin the implementation.