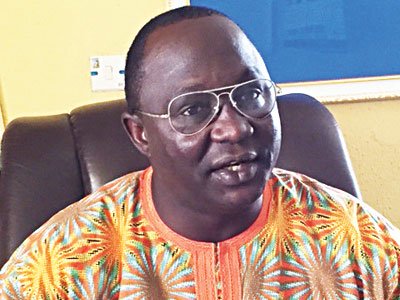 It was all jubilation for the leadership of the Nigeria Labour Congress (NLC) on Friday after reaching a deal with the Federal Government on the new salary structure for public servants.

The talks had dragged for many months with threats of strike by labour at several points.

President of the NLC, Comrade Ayuba Wabba, described the signing of the agreement as a victory for Nigerian workers.

He commended all workers and affiliate unions for their support, solidarity and unity of purpose throughout the difficult negotiations.

Wabba, in a statement he personally signed in Abuja, said that it was heartwarming that the process was eventually rewarding.

His words: “We want to thank all Nigerian workers and our affiliate unions for their support, solidarity and unity of purpose throughout the difficult negotiations. It is heartwarming that the process was eventually rewarding.

”We must say that, as always, we were disappointed by the antics of those whose interest lies elsewhere than the common goal of protecting and advancing the interest of ordinary Nigerian workers.

“We wish to emphasise that the hard-won salary adjustment will benefit all categories of workers including those in the military and para-military services. Apart from workers, the recent salary increase will also benefit ordinary citizens, especially those in the informal sector as the increase in the available disposable income of workers will translate into a stronger purchasing power for our people.

“This will however only be sustainable if traders and providers of essential services refrain from artificial inflation of the prices of goods and services. It makes more sense to sell more at a stable price than sell little or nothing at inflated prices. Certainly, we have learnt from our past mistakes that inflation of prices with adjustment in salaries is a roulette game in which the downtrodden masses are the victims.

“We also call on government to refrain from introducing counter-productive economic policies and decisions that would erode the recent wage gain achieved by workers. Any further increase in the prices of petroleum products, electricity tariff and personal income taxes would amount to collecting with the left hand what is given to workers with the right hand. The leadership of organized labour will resist such move.

”Arising from our successful negotiation with the Federal Government, it is expected that all employers of labour in the public sector must ensure that all the necessary formalities for a smooth implementation of the negotiated salaries based on the new national minimum wage are carried out with immediate effect.

”While commending state governments that have already commenced implementation of the new national minimum wage, we urge that the implementation should be a product of collective bargaining process in line with ILO Convention 98 on Organizing and Collective Bargaining.

”Furthermore, all employers of labour in the thirty-six states of the federation and the Federal Capital Territory (FCT) as well as the Organized Private Sector (OPS) are expected to complete the implementation process of the new national minimum wage and consequential wage adjustment forthwith.

”State Councils of the Nigeria Labour Congress are hereby directed to offer leadership and work harmoniously with the TUC and JNPSNC and all unions to ensure effective implementation of the new national minimum wage and the consequential salary adjustment that must be reached through a process of collective bargaining.”
Next Post Previous Post
No Comment
Add Comment
comment url
Africa,News,Nigeria