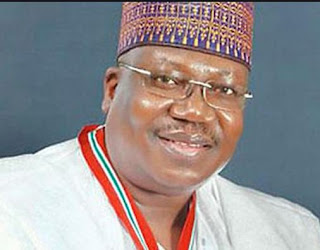 The picture of 2020 Budget expected to be delivered by President Muhammadu Buhari next Tuesday became clearer on Thursday.

The final budget draft is expected to be premised on the on the 2020-2022 Medium Term Expenditure Framework and Fiscal Strategy Paper (MTEF/FSP) passed by the National Assembly.

In the approved MTEF/FSP 2020-2022, the National Assembly increased the Federal Government’s proposed expenditure for next year from N10.002 trillion to 10,729 trillion, which amounted to N179.398 billion increase.

Both chambers of the National Assembly also increased the oil benchmark from $55 per barrel to $57 per barrel, representing a $2 increase.

It, however, retained the exchange rate at N305 to the dollar and oil production benchmark at 2.18mbpd as proposed in the MTEF/FSP by the Executive.

The Adeola-led committee recommended the adoption of N1.5 trillion for new borrowing  by the government, following the reduction of N200 billion, which was sourced from the increase of revenue target of the NCS.

The committee called for the amendment to the Fiscal Responsibility Act (FRA Act) and laws governing the revenue generating agencies to align with current realities.

These were the highlights of the recommendations of the National Assembly Joint Committee on Finance Report on 2020-2022 MTEF/FSP, which was considered on Thursday.

The Committee’s recommendations which were approved by the Senate, are as follows:

”Following intensive engagement with NNPC and relevant information obtained during the session, the committee recommends the adoption of 2.18mbpd as daily production output in 2020. In view of concerted effort by NNPC and security agencies the menaces of oil theft and vandalization, the 2.18mbpd would be realizable.

”The committee recommends the adoption of $57/barrel as crude oil benchmark price for the fiscal year 2020.

”The revenue target of Nigeria Customs Service (NCS) of N942.6 billion for 2020 should be increased to N1.5 trillion, as a result of the performance of NSC in last 9 months with three months still outstanding.

”The NCS revenue as at September stood at N1 trillion against the budget figure of N969. 8 billion for the year 2019. The Joint Committee commends the NCS for exceeding the targeted revenue despite the global economic challenges and closure of the Nigerian boarders.

”The sum of N557.4 billion from the revenue increment of NCS be used to reduce borrowing by N200 billion and increase capital expenditure thereby reducing budget deficit from N1.7 trillion to N1.5 trillion and also raising total capital to MDA by N357 billion, from N1.01 trillion to N1.367 triilion.

”The exchange rate of N305/$ should be maintained for economic stability. While more work should done by the Honourable Minister of Finance and all economic advisers and her team on improving the economic growth by increasing the GDP and reducing the inflation rate to single digit.

“The saving on income accruing from the increase of the benchmark amounting to N172 billion which represent the Federal Government potion of the $2 added to the benchmark be used to pay salaries and emolument of the proposed 30,000 new employees.

“Proper investigation be carried out on the e-collection stamp duties domicile with Central Bank of Nigeria for the past years so as to show probity and accountability and of course increase the revenue base of the country.

“Immediate amendment of the National Assembly Act on Production sharing Contracts (PSC) with lOCs. Proper investigation be carried out on NNPC so as to ascertain the actual cost associated with the Joint Venture agreements.

”More government-owned enterprises budget be added to the nation’s budget to ensure proper checks and balances among government agencies.

“Total estimated expenditure of the Federal Government should be increased from N10.002 trillion to N10,729.4 trillion.

“National Assembly should expedite action on the passage of the finance bill which will be brought along with the National Budget into Law for easy implementation of the 2020 budget, most especially in the area of VAT.

“The committee calls for an urgent review/amendment to the FRA Act and the various Laws of the revenue generating agencies to align with current realities.

”The committee recommends earmarking 1% of the Consolidated Revenue Fund to finance the Basic Healthcare Provision Fund to be classified as Statutory Transfer.

”The committee recommends the adoption of N1.5 trillion as the amount for new borrowing as a result of reduction of N200 billion which was sourced from the increase of revenue target of the NCS.

“However, borrowing must be project-tied. In borrowing more government must remain focused and ensure that it funds critical projects that will increase productivity and contribute to finance financing such debt.”

The committee observed that crude oil receipt accounted for over 50 per cent of the Federal Governemnt revenue and about 90 per cent of Nigeria’s foreign exchange earings.

According to the committee, crude oil production and export will continue to have important implication on federal fiscal operation.

It said that in 2019, bonny light crude oil price increased steadily from January average of $60/barrel (to) a six year high well above $70/barrel between April and May 2019.

The committee added: “It is noteworthy, that volatllity of crude all markets and fluctuating price requlres constant revlew and forcast.

The committee said it observed that during the public hearing on the 2020-2022 MTEF & FSP, the salaries and remunerations for the proposed recruitment of 30,000 personnel in Police, Army, Immigration and civil defence was not captured.

It also said that the total VAT proposed in the 2020-2022 MTEF/FSP, amounting to N23trillion, can be realised only after the amendment of the Finance bill is passed into law by the National Assembly.

The committee, however, frowned at the attitude of Central Bank of Nigeria (CBN) for the under-disclosure of the e-collection of stamp duties.

The committee observed that the activities of NNPC as it relates to cost of production is shrouded in secrecy, “the direct deduction of cost from revenue without recourse to relevant agencies of government is unacceptable.”

It also noted that 10 Government Owned Enterprises (GOEs) budget would be presented along with the 2020 National Budget.

“The committee observed that the exchange rate of N305/$ is maintained over the past three years. Also noted that the GDP growth rate is currently standing at 2.93 per cent and an inflation rate at 10.81 per cent.

“That most of the revenue generating agencies have failed to comply with relevant extant law of the Fiscal Responsibility Act which stipulates payment of 80 per cent of Operational surpluses to the Consolidated Revenue Fund.

“The Committee observed that the Federal Government is stepping up investment in health and education to fill the skills gap in the economy, and meet the international target set under the UN’s Sustainable Development Goals (SDGs).

“The Federal Government is earmarking one per cent of the Consolidated Revenue Funds to finance the Basic Healthcare Provision Fund to be classified as Statutory Transfer. The government beliefs that investing in people is a core objectives of ERGP.”

The Senate on Thursday received a formal request from the President to present the Appropriation Bill to a joint session of the National Assembly.

The request, was dated October 2, 2019 and addressed to the President of the Senate, Ahmad Ibrahim Lawan, according to a statement by his Special Assistant (Press), Ezrel Tabiowo.

The letter reads: “May I crave the kind indulgence of the Distinguished Senate to grant me the slot of 1400 hours on Tuesday, 8th October, 2019, to formally present the 2020 Appropriation Bill to the Joint session of the National Assembly.

Confirming the Tuesday date, Adeyeye said: “On Tuesday, by 2pm, the President of the Federal Republic of Nigeria, President Muhammadu Buhari will address a joint sitting of the National Assembly on the 2020 National budget.

“On Tuesday, we will still have our plenary but we will adjourn and move to the House of Representatives to receive the President and welcome his address.

“I think this is in tandem with the 9th Senate’s Legislative Agenda and part of the Senate President’s manifestoes when he was running for this office to change the budget circle in Nigeria and now the President has taken a cue and we want to commend him.

“He is going to present the budget by Tuesday next week which is unprecedented in the last few years.”

Adeyeye described the proposed presentation as unprecedented in the history of the nation’s democracy.

He said the National Assembly is determined to pass the budget before its Christmas break.

He added: “In fact, since the beginning of this democracy, the budgets have been presented in December but this is the first time we are going to receive the budget by early October.

”I can assure you that with the determination and the zeal I see in the Senate and even the House of Reps, that budget would be passed before we go in Christmas recess so that implementation can take place between January to December.

“Right now, I have seen some MDAs that we are interacting with who say they are even yet to receive the release of the budget which was just recently passed.

“So they have only less than three months to implement. By December they will return the money back to the treasury and that has been the problem in Nigeria while we keep on rotating in one circle like a berber’s chair and never moving forward.”
Next Post Previous Post
No Comment
Add Comment
comment url
Africa,News,Nigeria