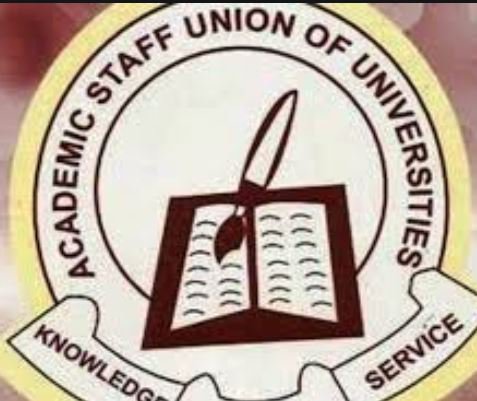 A BREAKAWAY faction of the Academic Staff Union of Universities (ASUU) is seeking registration, it was learnt on Monday.

Members of the faction – Congress of University Academic (CONUA) – from five varsities rose from a three-day national stakeholders’ meeting at the weekend in Ile-Ife, Osun State.

National Coordinator of the new union,  Niyi Ismaheel, said the lecturers decided to form the new group in order to redefine unionism and to restore peace and stability in the varsities.

He spoke to reporters at the OAU.

A copy of his address was obtained by our reporter in Abuja.

Ismaheel said that the new union would form a new approach of engagement in addressing the welfare of its members and to put to an end “the unnecessary wasting of student’s academic time as a result of frequent strike action.”

Ismaheel said: “The union is putting necessary documentation in place for official recognition by the university management and the government.”

Labour and Employment Minister Chris Ngige, confirmed that the union have applied to be registered by the ministry, saying he got its application in April.

The minister said that a committee has been set up to look at their application.

Read Also: ASUU accuses vice chancellors of mismanagement
“We are still looking at their application. I asked a committee to look at it. When we look at the committee report we will know,” the minister said.

But a source close to ASUU’s national leadership in the mainstream said union remained united.

The mainstream ASUU was getting stronger because the University of Ilorin branch of the union has already returned, the source explained.

The UNILORIN branch broke away in the wake of the face-off between lecturers and the university authorities in the 1990s, leading to the sacking of 12 ASUU members. The crisis ultimately made the branch pull out of national ASUU for two decades before this latest return.

The source said the national leadership of the union just supervised election of officers of the branch.

The source also reminded The Nation that OAU ASUU has been split for a long time, stressing, however, that the majority still align with the mainstream.

OAU CONUA advocated  for a stable university calendar to improve the quality of education at the ivory tower and enhance innovations in the system.

It maintained that there should be an urgent intervention for varsity education to maintain standard and avoid what happened to secondary education.

The union called for an interface between teachers at the ordinary level and academics at the higher institutions of learning to improve quality of students admitted into the university system.

After the first stakeholders’ meeting, CONUA National Coordinator Dr. Niyi Sumonu, urged academia in other universities to join the union in its search for a redefine and repositioned academic unionism to foster quality education.

Insisting that the union can no longer afford doing things  the old ways and expect different results, he said that the time has come to develop alternative ideas to brainstorm with other stakeholders to ensure stability in the university system and return the country’s old glory in the sector.

He said: “For standard of education to be very high, we need a stable academic calendar, we need to be able to predict academic session, we need to have innovations which is difficult without continuity, we also need to be at tune with modern realities, our union would approach the matter of engagement with all stakeholders in an engaging manner to have a common ground for moving forward.

“Our union is not anti government, if government and by extension, administrators of universities are doing well with let the world know and will quickly knock them, provide alternatives constructive criticism and take them to task where they are not doing well and provide for them how to do well, we will not wait for them to make mistakes before we intervene. We have vision and will provide ahead what can be done to have a better results. If that is done we are sure we will have a better way to move forward.

According to him, apart from the five institutions that attended the OAU meeting, other varsities would soon join the union.

The National Publicity Secretary of the union, Dr. Nwoke Ernest, said they are nit plotting to rival ASUU but aim at redefining academic unionism in Nigeria.

Nwoke, who said the CONUA has no plan to join issues with any union. He said: “We want to be able to proffer solutions to issues even before it pops up, there is no point sending our children to countries who doesn’t have intellect as Nigeria but because you can predict when your child get to the university and graduate. We are in essence coming together to start something new, which is an interaction with the educational system which is not confrontational buy a synergy of all stakeholders.

“We need to think of students welfare, the educational system in Nigeria and the development of the country itself because many country developed because of the achievement of its ivory towers and without a stable academic system, it is impossible to achieve such a feat.”