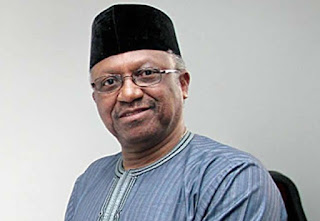 THE findings about the state of health in the country are grim and frightening. According to the African Population and Health Research Centre (APHR’s), most of the 9.2 million women and girls that become pregnant in Nigeria face danger, especially those in the low-income bracket.

According to a data on APHR’s website, “Nigerian women of child bearing age, face a lifetime risk of maternal death of one in 13 compared to one in 31 for sub-Saharan Africa as a whole,”

As at 2017, Nigeria’s estimated yearly 40,000 maternal deaths accounted for about 14 per cent of the global total rate. The country is also the second largest contributor to maternal mortality worldwide, after India as indicated in World Health Organisation (WHO). It is estimated that one woman dies in the country every 13 minutes – that is 109 women dying daily – from preventable diseases related to pregnancy and childbirth.

“For each death, there are an estimated 30 to 50 women who will experience life-long conditions and disabilities such as obstetric fistula. In total, that’s more than 500 women each day who will die or face serious and lasting health consequences,” says APHR on its website.

The report, which was conducted between 2015 and 2017 suggests that some 1.13 million individuals aged 40 are blind, 2.7 million adults aged 40, are estimated to have moderate visual impairment and an additional 400,000 adults are severely visually impaired. All these data make the intervention of responsible corporate organisations in addressing the issues imperative.

President Muhammadu Buhari has promised to lift 100 million people out of poverty over the next one decade. For this goal to be achieved the health of the citizens must be taken care of. The Minister of Health, Dr Osagie Ehanire, has a huge role to play in driving the government’s agenda alongside the private sector.

Organisations that have taken the bull by its horns on this is indigenous upstream oil firm, Seplat Petroleum Development Company Plc and the Nigerian National Petroleum Corporation (NNPC) joint venture (JV), through its Eye Can See and Safe Motherhood Medical Outreach Programmes (ECSSMMOP).

On September 19, this year, in Imo State, several men, pregnant women and children, gathered at the Federal Medical Centre (FMC), Izombe, where Seplat  and NNPC had put up one of the biggest medical outreaches in the state.

“Yesterday, I had surgery on my left eye. Today the patch which was placed on the eye was taken off,” Mr. Emeka Alozie, 65, who benefited from the medical intervention, said.

Covering his right eye with one of his hands, he demonstrated that vision from his left eye, which had surgery, has improved. “It is a miracle. Thank you Seplat,” Mr. Alozie said.

At Izombe, over 60 men and women had eye surgeries, got medication or recommended glasses from Seplat free of charge during the outreach. Women, especially pregnant women, also received special attention.

Through Eye Can See, several individuals in remote parts of the state received surgeries worth millions of naira for free while others got prescribed eye glasses and drugs. Through the Safe Motherhood initiative, Seplat has educated expectant mothers, of all ages, and provided them with hundreds of life-saving Safe Motherhood kits.

These programmes began about two years ago and have continued in host communities. The eye initiative has brought community dwellers face to face with optometrists. Within two years, a total of 7,343 patients have benefited from the initiative, 2,200 reading glasses have been given to patients while over 233 successful eye surgeries have been conducted. 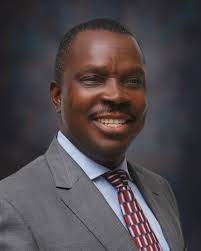 CEO, Seplat, Austin Avuru
On the other hand, through the Safe Motherhood initiative, Seplat has supported hundreds of pregnant women and nursing mothers with Safe Motherhood kits comprising a maternity bag, treated mosquito nets, vitamin supplements and other medical items which foster safe delivery, and cater to babies.

As part of the programme, pregnant women are also enlightened about safe and planned motherhood and child care. So far, 3,586 expectant mothers have received Safe Motherhood kits in Seplat’s Eastern Asset area in the last two editions of the initiative.

The JV said its interventions,  in its host communities and others in the Eastern part of the country, are in line with its mandate to support the Sustainable Development Goals (SDGs) of the UN.

Speaking on the occasion, the wife of the Imo State governor, Lady Ebere Ihedioha, said: “If all the corporate organisations were to tow Seplat’s route today, the burden of underdevelopment and social restlessness particularly in the oil producing areas would be greatly reduced. This programme, therefore, places Seplat at the top of the corporate social responsibility in the state, and by extension has won the hearts of our people.”

Also, the General Manager, External Affairs & Communications, Dr. Chioma Nwachuku, said: “People are at the centre of everything we do. The NNPC/Seplat JV takes delight whenever we have opportunity to deploy these two key programmes specially designed for the well-being of our community members and for other indigenes of the state who wish to access the benefits of these health progrommes.” Nwachuku represented the CEO of Seplat, Mr. Austin Avuru, on the occasion. 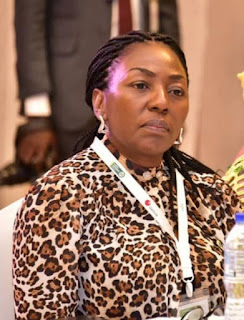