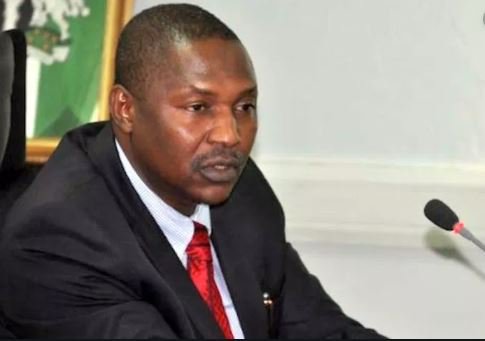 SIX suspicious deals allegedly entered into by the Ministry of Petroleum Resources are now being probed by the federal government to avert a repeat of the Process and Industrial Developments (P&ID) saga, The Nation learnt on Saturday.

Nigeria is currently in court in the United Kingdom (UK) with P&ID to reverse the award of a $9.6billion debt judgement in favour of the Irish firm.

The six suspicious agreements are awaiting arbitration, according to sources.

Moments after returning to Nigeria from UK where he was part of the FG team fighting the P&ID debt judgement, Attorney-General of the Federation and Justice Minister Abubakar Malami (SAN), on Saturday gave an insight into how P&ID lost its bid to enforce the payment of the $9.6billion judgment against Nigeria.

Malami said government was still weighing options on the payment of $200million security deposit as a precondition for a stay of execution of the $9.6billion.

One of the options borders on whether or not to go to the Court of Appeal to contest the order on the $200million.

Responding to enquiries on Saturday, Malami described the UK trip as successful.

He said: “The outing was a sign of success since the legal team was able to convince the court to halt the execution of the judgment (payment of the $9.6 billion to P&ID) and also secure its nod to proceed on appeal against the award.

“The Commercial court allows a procedure by which a party praying for an order has the order drafted in the terms it requires the court to have it drafted.

“In this case, the draft prepared by P&ID contains a provision for £250,000 legal cost and the order drafted for leave to enforce the judgment, which was considered by the court was part of it.

“It is from the drafted order that the order for enforcement of the judgment was considered and refused while the order as to cost, which was incidental order, was not contested.

“The implication is that the order for cost stands granted while the order for enforcement stands refused and the stay of execution was in effect granted on the terms relating to the payment of security deposit of $200 million.”

Notwithstanding,  Malami said the Federal Government is weighing  options on the $200million security deposit demanded by the court as a condition for granting the stay of execution.

He added: “Raising the $200m is not exclusive option at our disposal. We are studying the ruling and all other available legal and judicial options open to exploit.”

The Nation gathered that the Economic and Financial Crimes Commission (EFCC) and other agencies are looking into six other agreements awaiting arbitration.

“The government wants to review these agreements in order to look at the circumstances behind such deals to avert more problems for Nigeria at the arbitration table,” a source familiar with the development said.

Details were not given.

The UK Court on Thursday ordered a stay of execution of the $9.6billion damages secured against Nigeria by P&ID pending the determination of an appeal by the Federal Government.

The court also granted Nigeria’s leave to file an appeal against the award.

But the court upheld the award and refused to reverse the damages.

Malami however  said the battle to quash the award has shifted to the UK Court of Appeal.