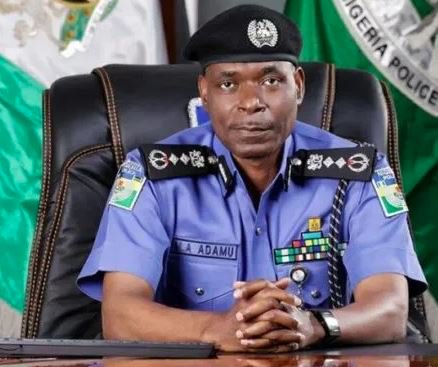 He will fine tune his plans to secure the region which has also been grappling with kidnapping and other forms of criminality.

On Thursday, the IG ordered that police helicopters be deployed in the region and the Northwest to comb the forests and conduct aerial surveillance.

The helicopters are to patrol major highways and forests in the zones where killings, kidnapping for ransom and armed banditry have instilled fears in the minds of residents.

During his tour of the six states in the Southwest, the IG is expected to unveil a new security architecture for the region.

The Nation learnt last night that Adamu will arrive in Ibadan, the Oyo State capital, today ahead of the security stakeholders meeting billed to hold at the International Conference Centre (ICC), University of Ibadan, Ibadan.

It was gathered that the IG will explain how the police plan to contain insecurity in Oyo, Osun, Ondo, Ogun, Lagos and Ekiti states before the governors and other stakeholders.

The police plan to use their Helipad in Ondo and the Police Air Wing in Lagos to launch the air patrol in the region, it was learnt.

The region’s governors at a summit in June proposed the establishment of a regional security outfit codenamed Western Nigeria Security Network (WNSN) .

The outfit, which would have its members drawn from local hunters, the Oodua People’s Congress (OPC) and vigilance group, will work with traditional rulers for effective community security.

Also, the police chief, it was gathered, will inspect facilities, address personnel in Oyo state before proceeding to Osun State for a visit to Governor Adegboyega Oyetola.

The IG will be in Ekiti and Ondo states on Thursday while Ogun and Lagos will host him on Friday.

It was gathered that Adamu will also hold talks with traditional rulers.

He will also assess the implementation of the directive on the deployment of helicopters for aerial surveillance he gave last week.

The Lagos Police Command has commenced the deployment of two helicopters daily to survey the riverine (creeks) and hinterlands especially border communities like Epe, Isawo and Warewa to ward off militants/kidnappers.

According to the Deputy Commissioner of Police in charge of Operations (DCP) Mohammed Ali, the command started the practice long before the directive of the IG.

Ali said: “The command has been engaging in aerial surveillance long before the directive and so, what we are doing now with the instruction is to ensure we sustain it. We deploy two helicopters each day for aerial patrol and they cover the length and breadth of the state.

“One goes as far as Badagry. They pay more emphasis on areas that are not easily accessible like the creeks so that information is passed across should any grouping of militants or kidnappers, is sighted.

“The state government is providing the fuel for the patrol and so, I cannot say we really have challenges in that regard.”

The Ondo State Commissioner of Police, Undie Adie said his Command was ready for the kick-off of the aerial security surveillance as ordered by the IG.

Spokesman Femi Joseph a Superintendent of Police (SP) said: “As a command, we are appreciative of this gesture, and most especially for granting Ondo State, the base for the security surveillance in the Southwest”.

In Ekiti and Ogun states, measures have been taken to provide security.

The aerial surveillance of the state with helicopters by the operatives of the Air Police began about a month ago, it was learnt.

“A week hardly passed without the chopper being sighted flying across communities in the state, scanning around from the air for any suspicious gathering, movement and objects and relaying the intelligence to the Police Command”, a villager told The Nation.

An Ogun resident and trader at the Lafenwa Market, Abeokuta, Mrs. Noimot  Ajasa, told our correspondent that she saw a chopper hovering over the market area last week.

Ogun State Governor Dapo Abiodun in one of his security briefings acknowledged the deployment of the aerial surveillance chopper by the police and identified it as having played key roles in the rescue of five persons, including a deaconess with the Redeemed Christian Church of God (RCCG).

Confirming the operation of aerial surveillance, the Ekiti State Commissioner of Police, Mr. Asuquo Amba, said the new development has been helping the command to monitor forests used as criminals’ hideout with the capabilities of recording and transmitting report to the base.

He said: “I believe with this aerial surveillance we would be able to track, preempt and prevent the over-bearing influence of bandits, kidnappers and killer in the state.

“There are thick forests in the state and that is the advantage some of the criminals are using because some of the places cannot be easily penetrated.

“It is working with our capability. The whole essence of the whole thing is to take crime fighting to the criminals instead of waiting for them to strike.

“So, with this development the days of criminal elements in the state are numbered. It will be advisable for to them engage in better job rather than criminalities because nobody we escape the wrath of law.

“And I can assure you that with the plan the western states are making to launch their own security architecture and aerial surveillance both will complement each other to stamp out kidnapping, banditry and killing in the region.”

But no aerial patrol has been seen in Osun State. The police in the state declined to speak when contacted.