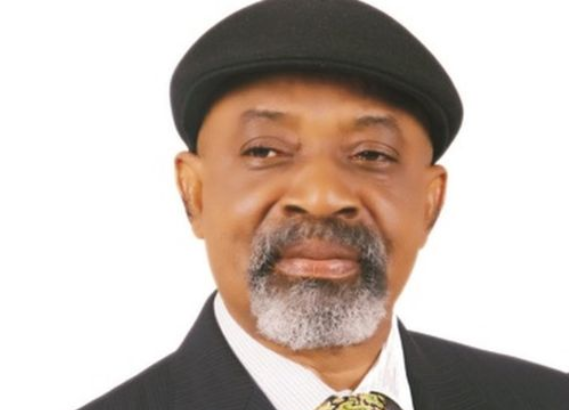 THE Igbo must negotiate with other zones to get their support for the presidency, Minister of Labour and Employment, Senator Chris Ngige, said on Wednesday.

He said the Igbo must work hard to make the dream a reality as power is not served à la carte.

Ngige said the All Progressives Congress (APC) constitution only talks about rotation, not zoning.

In an interview with our correspondent, he said: “APC has no arrangement for zoning in its constitution and none of the parties has. Our constitution talks about rotation and it says the rotation is between the North and South.

“We expect going forward, that all political parties should come to the South to pick their presidential candidates. We think Ndigbo should be favoured because we have not tasted it, but power is not served à la carte.”

But, eminent professor of law Itse Sagay (SAN) there is a convention among all political parties that power should rotate between the North and the South.

According to him, all presidential candidates should come from the South in 2023 according to the convention, which he said has become law.

Ngige said advised Ndigbo to join the ruling party if their dream of an Igbo president is to come true.

The minister said: “You cannot get the 2023 presidency through threats like some of our people are currently doing, but through negotiations with our friends in the West.

“Once again, I’m pleading with our people to join APC for us to have enough number before 2023.

“We can’t sit at a place and be crying of marginalisation. We are part and parcel of Nigeria, no one owns the country, and it belongs to all of us.”

Ngige said Igbo leaders would meet over 2023 election, adding that the Southeast must discuss to move forward.

He faulted claims that the Igbo are marginalised, blaming some clerics for reinforcing what he said was misinformation.

The minister vowed to resign if he sees evidence of marginalisation of Igbo by the Federal Government.

His words: “If I see any sign of marginalisation against Ndigbo from the APC government, I will resign.

“Some of our people are just making unnecessary noise about marginalisation when there is none.”

He argued that the APC is the best option for Ndigbo.

“Our airport in Enugu will be re-opened before the Christmas because it is going through some serious works.

“APC government is better for our people because we are benefitting more than before. Any other party is a deceit.

“You can see for yourself massive construction going on everywhere in the Southeast including the second Niger Bridge, which the construction firm has assured to deliver to us before the 2022 agreed date.

“So, where is the marginalisation of Ndigbo?”  Ngige queried.

The former senator, who represented Anambra Central Senatorial District, said the Southeast would see a significant upgrade of the Onitsha-Enugu Expressway between November and December once the rain subsides.

Sagay, who chairs the Presidential Advisory Committee Against Corruption (PACAC), said the zoning arrangement has come to stay.

According to him, when a northerner rules for eight years, a southerner would take over.

He said if President Muhammadu Buhari completes his second term in 2023, it will be the turn of the South to produce the President.

According to him, the Southwest, Southeast and Southsouth will compete to produce presidential candidates of all the political parties.

Sagay said: “It is not possible for any northerner to aspire to be the presidential candidate of APC or any other political parties in 2023.

“All the presidential candidates would come from the South. Anyone advocating anything to the contrary is mischievous and out to destroy the party.”

The legal icon explained that an established convention can overrule the law because it has become law.

He said zone was a political arrangement put it in place to remove fear of domination among the constituents.

Ubani said zoning of key political offices was designed to cure some of the defects in Nigerian political system.

He noted that power has been rotating since 1999 between the North and the South and should be sustained.

“Nigerians should ignore those saying there is no zoning. We should maintain zoning in the interest of equity, fairness and justice,” he added.