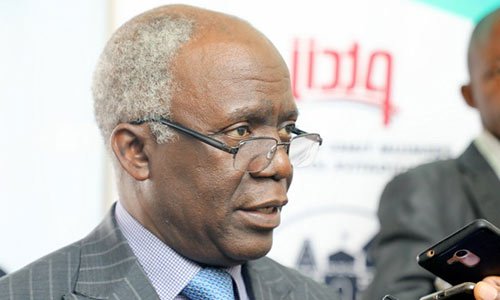 Activist lawyer Mr Femi Falana (SAN) has warned Nigeria against entering into what he called illegal agreements in billions of dollars with foreign countries that may be challenged and set aside.

The lawyer addressed reporters in Abuja on the decision of Western Sahara to challenge the “illegal” importation of tonnes of phosphates and other natural resources from their country into Nigeria by Morocco.

He advised Nigerian government to be weary of agreements and treaty it signed with Morocco as such violates the rights of the Saharawi people.

Falana nFrom Tony Akowe, Abujaoted that none of the treaties and agreements signed between Nigeria and Morocco could be enforced in the country as the Nigerian government had not deposited same with the National Assembly to adopt and enact them into law, as required by Section 12 of the Nigerian Constitution.

The lawyer warned parties entering into such agreements to immediately cancel them and “respect the human rights of the people of Western Sahara to enjoy their natural resources, as recognised by article 20 and 21 of the African Charter on Human and People’s Rights”.

He added: “We are going to start with Nigeria because currently, tonnes of phosphates are being imported into the country from Western Sahara on the basis of illegal agreements between the Federal Republic of Nigeria and the Kingdom of Morocco as well as certain companies. We are warning such parties and we are alerting them to the decision of the people of Western Sahara to defend their rights to their resources.”