THE General Overseer of the Redeemed Christian Church of God (RCCG), Pastor Enoch Adeboye, on Sunday urged Nigerians to support the military 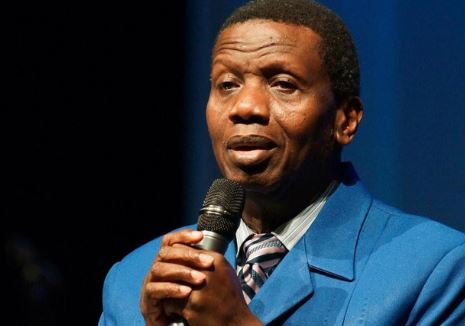 The General Overseer of the Redeemed Christian Church of God (RCCG), Pastor Enoch Adeboye, on Sunday urged Nigerians to support the military and other security agencies with prayers in their efforts at addressing the security challenges in the country.

The News Agency of Nigeria (NAN) reports that Adeboye spoke at his monthly telecast message, with the theme: Our True Shield and Defense, via the church’s television at the Redemption Camp in Ogun State.

NAN also reports that the prayer for the security agencies was coming against the backdrop of the spate of kidnapping, banditry and insurgency in the land.

The military has been at the forefront of quelling the Boko Haram insurgency ravaging the Northeast, while insecurity in other parts of the country is also being tackled.

Adeboye expressed concern over the feelings by a section of Nigerians that the security agencies were not doing enough to curtail insecurity.

The eminent cleric noted that they were doing their best.

He advised Nigerians to acknowledge the fact that the security operatives too had their limitations, which could also have adverse effect on their operations.

The RCCG general overseer chided those who always criticize the military, saying they should rather pray for them to curtail insecurity so that the country could be at peace.

“Some of us, all we know is to criticize the military. But we need to know that they too are human beings like us and they have their limitations. What we should do is to continue to pray for them so that they can record success in their operations,” Adeboye said.

The renowned cleric said God was about to deal with the invincible enemies of Nigeria.

NAN reports that the new calendar year of the church begins today.