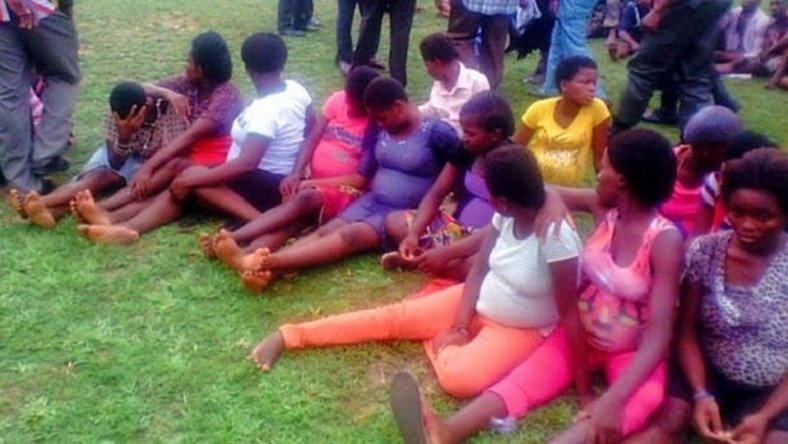 Barely a week after a-week-old baby was recovered from an illegal trade syndicate in Isheri-Osun, a Lagos community, the police have rescued 19 pregnant women at another baby factory.

The victims between ages 15 and 28 were said to have been kept at four different locations in Isheri-Osun and Ikotun where they were being ripped off their babies and sold N300,000 or N500,000 depending on the sex.

The Nation reports that policemen and officials of the Ministry of Women Affairs earlier in the year stormed another baby factory at Igando and rescued malnourished children, pregnant women at the facility that also ran an alleged illegal creche.

While some of the expectant mothers knew their babies would be sold, others were brought to Lagos with promises of job only to be turned to baby making factories.

It was gathered that some of the victims were abducted from their home states and brought to the locations where men allegedly took advantage of them.

Those who said they accepted to sell their children to the syndicate claimed they were not offered the money promised, it was gathered.

He said the places were suspected to have been used for child trafficking, adding that two suspects Happiness Ukwuoma, 40 and Sherifat Ipeya, 54 were arrested in connection with the case.

“The suspects did not receive formal medical training but operate as nurses. The suspects are natives of Imo and Epe, Lagos States. The command has launched a manhunt of the principal suspect Madam Oluchi from Mbano in Imo State.

“She is a mother of five. The young women were mostly abducted by the suspects for the purpose of getting them pregnant and selling the babies to potential buyers. The girls were tricked with employment as domestic staff in Lagos. The suspects sold boys N500,000 and girls N300,000.

“The Commissioner of Police Lagos State, Zubairu Muazu, has visited the scene and ordered the State Criminal Investigation and Intelligence Department (SCIID) to take over the case.

“The command is working with other agencies and stakeholders in rehabilitating and resettling the pregnant girls and the babies. Investigation is ongoing and the suspects will be charged to court,” he said.
Next Post Previous Post
No Comment
Add Comment
comment url
Africa,News,Nigeria