Why Attack On Igbo Leaders Will Continue, By Kanu 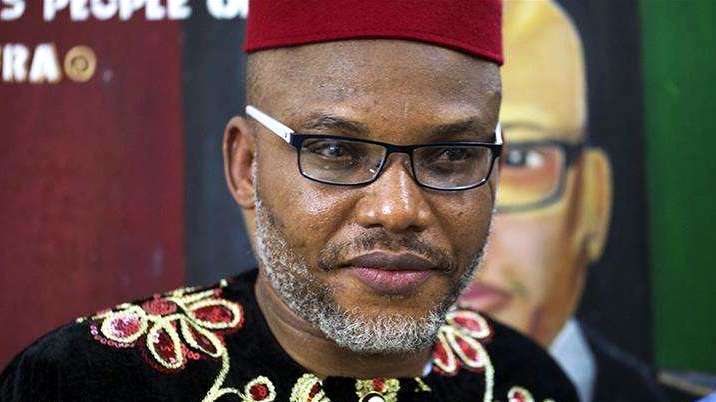 Leader of Indigenous People of Biafra (IPOB), Nnamdi Kanu has given reasons why his members would not retreat in attacking Igbo leaders in foreign countries.

He blamed the death of over 600 of his members through ‘Operation Python Dance’ on the leaders who he said allowed the desecration of Igbo tradition and culture following the invasion of his father’s compound by Federal troupe.

In a press statement issued Tuesday by the group’s Media and Publicity Secretary, Emma Powerful titled: “Setting the Records Straight…..” Kanu alleged that the interest of the Igbo politicians was his death, that of IPOB, as well as the death of its dream of freedom for all.

He said the explanation became necessary following the Nuremberg encounter in order to refresh memories, particularly of those “in the habit of excusing intolerable evil and wickedness.”

The statement partly read, “These men instigated, financed and defended a full-scale bloody military invasion of Biafraland; they tagged Operation Python Dance that led to the torture and untimely death of over 600 Biafrans, 28 of which fell in my compound.

“These men sanctioned the desecration of the home of an Igbo tradition ruler by Fulani soldiers and did not care if my father HRM Eze Israel Okwu Kanu and my mother, who were home with me during the unprovoked invasion, is killed or not.

“In view of the Nuremberg encounter, it has become necessary for us to refresh our memories lest it succumbs to confusion and deliberate misinformation because most people, unlike we IPOB, are in the habit of excusing intolerable evil and wickedness but we not.

“Every perpetrator of evil, every purveyor of iniquity, every merchant of misery and every defender of injustice must and will be held to account. We will not relent until justice is served.

“Those with a conscience can now understand the root cause of our anger and why we won’t stop until they all pay dearly for their sins.”