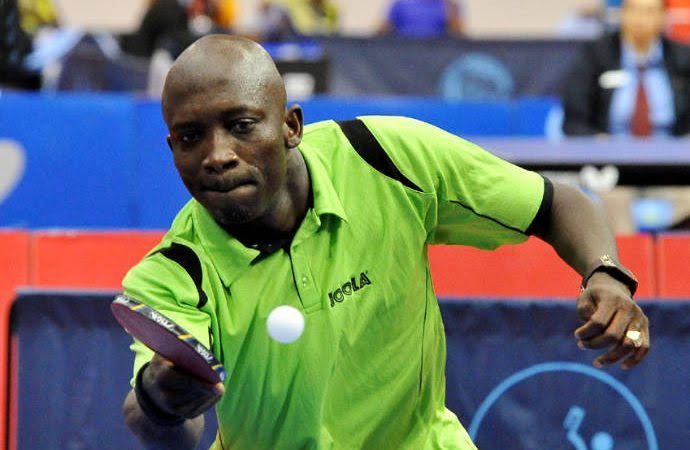 Africa’s most decorated table tennis player – Segun Toriola has been appointed the captain of Team Nigeria to the 12th African Games which kicks off today in Rabat, Morocco.

The eight-time Olympian will have nine-time African wrestling champion – Blessing Oborududu as his deputy.

NationSport learnt that Toriola was considered based on his record as the most successful Nigerian athlete at the African Games, having won several medals for the country at the multi-sports fiesta.

“Apart from being the most successful athlete at the African Games, Toriola’s discipline and conduct at several tournaments stand him out. He is very calm and he has never been involved in any altercation with any official. He is well respected among his teammates and is not an agitator who brings confusion to camp. All these attributes are what prompted the Federal Ministry of Youth and Sports to appoint Toriola as the captain and we hope he will lead the team to greater heights in Morocco,” a top official who pleaded anonymity said.

Team Nigeria was welcomed by the organisers yesterday to the games village, while some events are expected to kick off today.