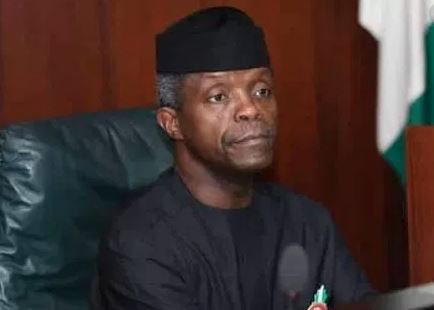 Kogi State All Progressives Congress (APC) stakeholders have the Federal Government to address the challenges facing the state.

In a five-page letter to the Vice President Yemi Osinbajo, titled: “Request for urgent intervention in the governance and security of lives and property in Kogi State”, signed by Chief Alex Kadiri, the APC Stakeholders Forum & Oppressed Citizens of Kogi State, warned of an impending doom in the state, if the Federal Government fail to intervene in the matter.

Kadiri said the state was fast degenerating into a situation far worse than Ekiti State when former President Olusegun Obasanjo declared a state of emergency and removed the governor.

The letter reads: “When a people are under siege or attack, it is the time for their leaders to step up to defend and protect them. But when the imposed leaders are the ones, who lay siege or attack the people, where will defence, protection or help come from?

“This is the story of Kogi today.  The affliction the state is suffering is from the duo of the state governor, Governor Yahaya Bello, and his Chief of Staff, who doubles as his deputy governor and many times the de facto governor, whose name is Edward Onoja.

Anyone, who is perceived not to be in their support dares not cross boundary lines into Kogi State…

“There are so many cases and examples that it will take too much time to itemise in this letter.  Thuggery, banditry, violence and killings have become normal in Kogi State.

“Citizens of Kogi outside Kogi State don’t fare better.  They are under constant threat from the state government and their militias and violent gangs and thugs.  They are also becoming poorer because of the unbearable poverty in the state because they constantly receive SOS messages daily for help or death from back home.”

They told the vice president that the resistance suffered during the presidential campaign was purely a fear of endorsement and assurance of second term for Yahaya Bello by the Presidency and APC, not a lack of love or appreciation for President Buhari, and the APC administration and what it had done for this country.

Kadiri added: “The people of Kogi State feel left out of the Presidency’s kind attention to citizen problems across the states. Not for appointment or project or programmes reason, but solely because of a silence in the face of how the state government continues to inflict poverty pain and death on Kogites, who are Nigerians too.”
Next Post Previous Post
No Comment
Add Comment
comment url
Africa,News,Nigeria