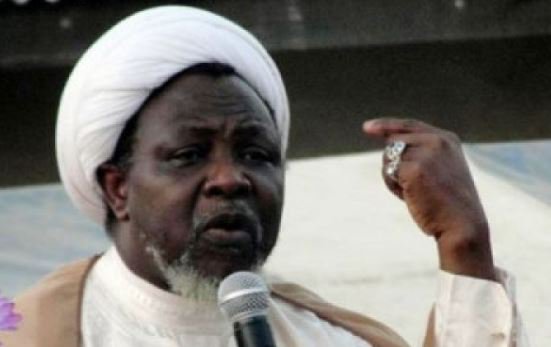 THE Federal Government on Monday allowed a 10-man delegation to accompany the leader of the Islamic Movement of Nigeria (IMN) Sheikh Ibraheem El-Zakzaky and his wife, Zeenat, to India on medical trip.

The delegation is made up of four IMN (Shiites) leaders and six security operatives. The IMN also spoke on El-Zakzaky’s trip.

An IMN member gave the names of its leader’s family members on the trip as Zainab and Hassan Bala. The name of the accompanying doctor was given simply as Rahamat. But the security operatives were not identified.

They flew out of the country on Emirates Commercial airliner yesterday via the Nnamdi Azikiwe International Airport to India. The IMN leader and his wife are to receive medical attention for undisclosed health challenge.

According to investigation, the government opted for delegates from both sides to “ensure a transparent medical procedure.”

A top source said: “The government decided to allow four leaders/ members of the Shiites to follow El-Zakzaky to demonstrate its commitment to a fair and transparent medical procedure.

“The government did not want to leave any gap for misrepresentation of the medical treatment.  All these delegates will be part of the process.

“The government felt there was need to build confidence between the two sides. This is a sensitive trip.”

It was also learnt that the Federal Government “mitigated the legal course, especially the conditions attached to the trip” based on security reports and to show good faith.

The source added: “The conditions set by the court were acceptable to both parties and the Federal Government deliberately mitigated further legal hurdles at the Court of Appeal and the Supreme Court to show good faith.

“Security reports also indicated that there was no basis for dragging the legal issues on the conditions further. The agencies advised against aggravating the situation.”

The list of delegates was kept under wraps last night for “security reasons.”

It said the wife could only make it to the airport on a wheelchair.

The IMN gave the details in a statement by the Chairman, Free Zakzaky Campaign Committee,  Abdurrahman Abubakar Yola.

The statement said: “The leader of the Islamic Movement in Nigeria, Sheikh Ibraheem Zakzaky and his wife have at last just left Nigeria for India alongside some family members and security operatives.

“This followed the granting of the couple’s application for leave to seek medical attention in New Delhi, India last week by Justice Darius Khobo of Kaduna State High Court.

“In spite of the attempted efforts at frustrating this emergency medical journey by the Kaduna state government, which tried to unilaterally put conditions to the journey even though it lacked such powers, the journey has gone on without hitches.

“This emergency medical journey is consequent on the facts that both the Sheikh and his wife are known to be clearly very ill in detention, sequel to the brutal wounds unjustifiably inflicted on them by the state agents in the name of Nigerian army, the resultant prolonged dehumanising detention in the custody of the Department of State Services (DSS) and the obvious poisoning of the Sheikh.

“As a result of all these physical and psychological stress, the Sheikh suffered series of mild strokes and is at the risk of further recurrences.

“At the same time, he lost one eye following the military attack and is at a severe risk of losing his sight completely in the other. He is now found to have more than twenty times the toxic levels of lead poison in his body!

“Similarly, the wife has been under excruciating pains with shrapnel deeply lodged in her body for all these years of inhuman conditions in detention. She now is able to ambulate only with the use of a wheelchair, even to the airport.

“They have been battling ailments that could not be treated in Nigeria, as posited by the foreign medical experts that earlier in the year assessed their health condition. Undoubtedly, both risk losing their lives had the medical journey been further delayed or denied.

“We wish to use this opportunity to thank all people of conscience, particularly the team of lawyers being led by Femi Falana, SAN, some very senior citizens, diplomats, human rights activists and organisations, journalists and the general public who doggedly stood by us in the campaign for justice for the victims of Zaria genocide. Thank you and God bless.”

The National Intelligence Agency (NIA) and DSS that had been working behind the scene to resolve the impasse triggered by the detention of Shiite leader have advised the presidency on the appropriateness of obeying the court orders since some foreign interests including the Iranian government have sought a diplomatic approach in managing the issue.

The Kaduna State government had after the court order given fresh conditions which include:

*the confirmation of his appointment with the hospital by the Ministry of Foreign Affairs;

*an undertaking by the defendants to produce two prominent and reliable persons as sureties, one being a first-   class chief/emir of national repute and the other a prominent person within Kaduna State, who shall undertake    to produce the defendants whenever they are needed.

The Kaduna State government which has shown respect to the court’s ruling on medical leave, however, disagreed with the premises on which it is based.