Revealed: How Wadume Was Arrested 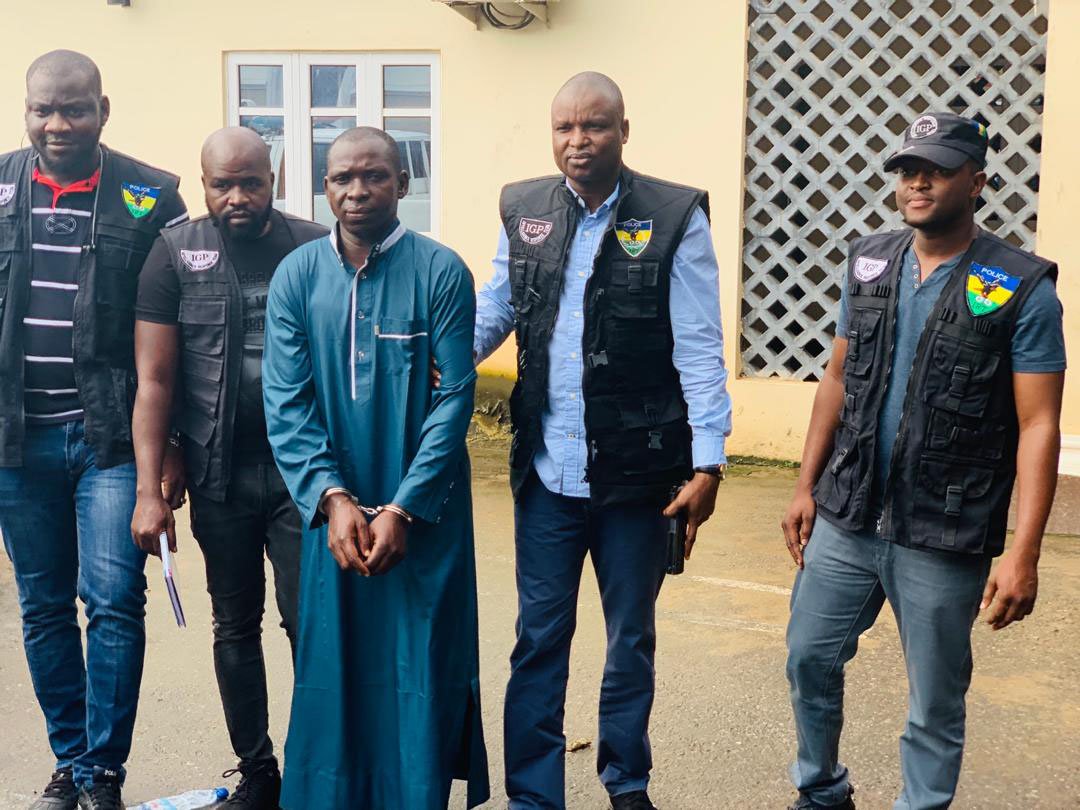 Bala, whose nickname Wadume is a corruption of his alias ‘Why do me,’ was declared wanted by the police on August 6.

He escaped when soldiers at a military check point in Taraba State rained bullets on the police vehicle taking him away after his arrest.

Three policemen and a civilian were killed in the attack. Wadume escaped and the police launched a manhunt for him before his arrest on Monday.

The Wadume saga led to a breakdown in the police-army relationship and a plethora of probes by the police, the Defence headquarters and the army.

While the police accused soldiers of being complicit, the army said the police did not share with it the intelligence on the mission and that the killings were done in error.

Wadume’s arrest is now expected to throw some light into the incident.

The Nation gathered from sources close to detectives how Wadume was tracked, traced and arrested around 5am on Monday at his uncle’s house in Hotoro, Kano State.

The Nation learnt that the suspect bought the house for his uncle in addition to other choice properties in Taraba and Nasarawa states all allegedly from proceeds of kidnapping.

“He was re-arrested in the late hours of yesterday, 19th August, 2019 in his hideout at Layin Mai Allo Hotoro area of Kano State.

“It would be recalled that the Police had been on the massive manhunt for the suspect, Alhaji Hamisu Bala Wadume since 6th August, 2019 following the unfortunate incident in Ibi, Taraba State which resulted in the brutal murder of three (3) Police Officers and two (2) civilians, and injury to five (5) others.

“The suspect, who was appropriately restrained at the time of the incident, was subsequently released by his “rescuers” after they had destroyed the restraining handcuffs.”

The statement added that Inspector-General of Police, Mohammed Adamu commended the operatives for their perseverance and painstaking efforts and expressed ‘”profound gratitude to all Nigerians for their unparalleled show of love and empathy to the Force and the families of the officers and patriotic civilians who paid the supreme price in the service of their fatherland.

“It is his belief that the re-arrest of the suspect, Alhaji Hamisu Bala Wadume, will no doubt, help in bringing answers to the numerous but hitherto unanswered questions touching on the incident and the larger criminal enterprise of the suspect.”

According to The Nation Investigation, the police deployed their best hands in the Intelligence Response Team (IRT) from Lagos, Rivers, Imo, Kaduna states and the Federal Capital Territory (FCT).

The detectives were in Abuja for many days to take briefs before embarking on the mission.

Led by Abba Kyari, a Deputy Commissioner of Police (DCP), our reporter gathered that the team which also had operatives of the Technical Intelligence Unit (TIU) had earlier arrested six of Wadume’s gang members in Zaria, Abuja and Taraba before zeroing in on him at his Kano hideout.

A policeman who participated in the operation told The Nation that 13 vehicles were recovered from the suspects and some choice houses belonging to him identified in Taraba and Nasarawa states.

Prior to the operation that led to Wadume’s arrest, it was gathered that DCP Kyari visited the traditional ruler of Ibi and had several meetings with the locals bringing to the fore his expertise and strategies in cracking difficult cases.

The source said: “Our boss was at Ibi for many days. He had meetings and interacted with the people. He met with the Serkin Ibi. All these were done to generate information on the possible hideout of the criminal.

“He has not slept since our colleagues were killed and he vowed that he would stop at nothing to fish him out and we are happy he did.

“Best IRT officers were drafted from Lagos, Rivers, Imo, Kaduna States and the Federal Capital Territory (FCT) for this operation. The operation was coded. We were briefed for three days in Abuja before eventually going out to track the suspects.

“Six of his gang members were arrested and when we got information that he was hiding at a house he bought for his uncle, we had to plan again before taking him by surprise.

“The man is an illiterate and until two-years-ago, he used to steal goats at Ibi. But he suddenly became a multimillionaire and owned choice properties as a result of kidnapping.

“Even when it was rumoured that the IRT men were everywhere and that Ibi town had been deserted, our boss’ operational strategy showed there was no need for people to flee their homes and they collaborated with the police.”

The suspect, looking well-fed in a green dress, was picked up following intelligence alert. He was taken to the Louis Edet Force Headquarters, Abuja, for interrogation.

Wadume escaped in controversial circumstances penultimate Tuesday after he was ‘rescued’ by soldiers from crack police detectives from the Intelligence Response Team (IRT), who arrested him.

The soldiers, attached to 93 Battalion, Takum, took the occupants of the vehicle conveying Wadume and the detectives for suspected kidnappers, killing three police personnel and a civilian.

Identifying the victims as ‘stars of the Force, the police gave their names as Inspector Mark Edaile, Sgt. Usman Danzumi and Sgt Dahiru Musa.

They were killed by soldiers on Ibi-Wukari Road, Taraba State.