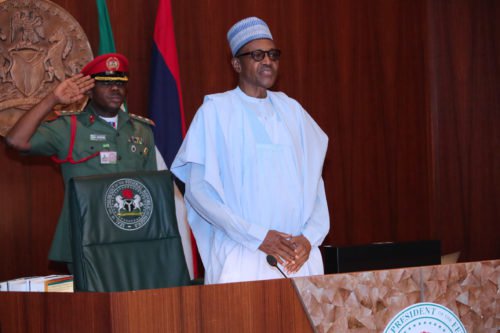 Several retired military and police officers have expressed deep concern over the recurring killings of innocent citizens by security personnel, and the recent cases of  fatal  attacks on uniformed men by fellow  security operatives.

They want an immediate end to the trend before it gets out of control.

The situation has attracted the attention of the United Nations (UN) which has decided to dispatch its Special Rapporteur on extrajudicial, summary or arbitrary executions to Nigeria immediately.

Agnes Callamard is due in Abuja on Monday.

She will be here for two weeks to examine “the scope of the challenges confronted with regard to arbitrary deprivations of life and measures taken by the government on such issues as the implementation of counter-terrorism policies and the conflicts between communities.”

A former Minister of Science and Technology, Maj-Gen. Sam Momah (rtd), fears that anarchy may set in in the country unless there is synergy among the security forces.

“Anarchy is surely going to step in with poverty continuing to increase and our borders being so porous,” he told The Nation correspondent on the phone.

“There seems to be no synergy among the security forces, which means anarchy could set in. So something has to be done urgently about this before it gets out of hand. It is urgent.

“I believe that the President, being a former military man, should see to it and reverse the trend before it gets out of hand.”

Momah does not think the personnel charged with the responsibility of coordinating security intelligence of the country are doing enough.

His words: “Well this goes to show that they are working at cross purposes and that is why we are not secured because the security forces are threading into each other.

“I think that the security architecture will need to be re-engineered and they need to be more proactive.

“This means that the security has to be re-engineered because what they are doing now is against the trend in the armed forces.

“We wait until the stress comes to us before we react instead pre pre-empting the stress. I think the President must do something urgently about this because we are degenerating to a Sudan and Somalia kind of situation.

“We are getting towards a state of anarchy,” he said.

“We are in a country where almost everyone is armed. Unfortunately, the security forces have no law guiding the use of firearms.

“What is most embarrassing is the recent killing of policemen by soldiers in Taraba.

“During our time, if you were armed, unless you were given instruction to shoot, you would not do that.

“And if you used one ammunition, you would have to write a statement explaining why you did so.

“Now people use ammunition and nobody challenges them. It is not good at all.

“If you go to a scene of violence, you should aim at the legs of the ring leaders of the trouble.

“Once the commander says stop, you return to your former position.

“Now there is no accountability and people do things anyhow they like and nobody cautions them. This is why things are getting worse more and more.”

Proffering solution to the menace, Tsav advised the National Assembly to come up with a law binding the security forces together and enhancing cooperation among them on the use of firearms.

“There should be proper supervision as to when arms should be used and when they should not be used. When you start shooting and killing without accounting for the people you are killing, it will result in anarchy, and that is actually where we are heading to.

“I blame the federal government for the rivalry among security operatives. Now, every security outfit wants to show the government that it is performing better than the other.

“It is the feeling of superiority and rivalry that is giving rise to this problem. “

Ayuba: We need to educate our security personnel

The festering challenge also drew the ire of Commodore Abimbola Ayuba (rtd) who declared: “Extrajudicial killings by definition are not sanctioned by law.

“There is a dilemma here: security officers who may be killed in line of duty are given rules of engagement to deal with several scenarios pertaining to their respective duties.

“So, the complexities of today’s security environment portend new and emerging threats which need to be dealt with.

“Most significant is the need for the services to be proactive in recognizing soldiers, paramilitary men who have Post Traumatic Stress Disorders (PTSD) prior to deployment, while in combat and post combat. “The “Rambo Effect” needs to be eliminated or minimized first, then the criminal elements in the forces could then be fished out and made to face the law.

“Nigeria is a signatory to several international treaties and conventions whereby it is seen as a single entity in the global comity of nations.

“So, the actions of state actors and their non-state contemporaries will make Nigeria vicariously responsible for violations within her borders.

“Thus, there is need for better education, training and on Law of Armed Conflict, that Geneva Convention and other extant regional legislations which bind the nation.

“Most of all, programmes to sharpen emotional intelligence of security personnel and ethics coaching need to be emphasised.”

A security expert, Hon Dipo Okeyomi said: “The Federal Government needs to overhaul the security system. There is no synergy among the security agencies.

“Each of them is claiming superiority over the rest when they are all working towards the same goal.

“That is catastrophic and that is evident in what is happening everywhere in the country. Soldiers are supposed to be in the barracks and only needed to be called out when there is war.

“But because there is lack of manpower in the police force, the soldiers now have to come out and assist.

“Despite the challenge of manpower in the police, you still find so many policemen attached to politicians.

“Politicians should have their own private security that are well trained as it is done in Europe and America.

“If the Federal Government refuses to do something about this ugly trend, we would all suffer for it. The National Security Adviser should call all the security agency heads and finding a solution to the challenges.”

In a tone that revealed the depth of his disappointment at the security situation in the country, Col. David J. Binitie (rtd), in a brief remark said: “It is unfortunate, because it seems that standards have been jettisoned by all.”

However, the fears of possible anarchy arising from the killings are not shared by Lagos and Osun states coordinators of the Retired Members of Nigerian Armed Forces, Comrade Joseph Esho, and Comrade Sam Famurewa respectively.

Esho blamed the current situation on the political class, saying: “It is the level of bastardization of the system by the politicians.

“It is the level of how the system has been corrupted. It is not a matter of anarchy but the truth is that the system is decaying on a daily basis.

“To correct this is to dig into the system, fish out the bag eggs and purge the entire security forces. Then there should be a synergy in information gathering and intelligence gathering even operational procedures.

Famurewa said: “No, it cannot lead to a situation of anarchy.

“To lead to anarchy is exactly going to be a mission impossible!

“The error or mistake in the system will be corrected. The way forward is for the media to mellow down and not to fuel the issue at stake.”

The UN Special Rapporteur on extrajudicial, summary or arbitrary executions, Agnes Callamard, is scheduled to arrive Nigeria on Monday, August 19 to investigate issues concerning her mandate.

“I look forward to understanding the scope of the challenges confronted with regard to arbitrary deprivations of life and measures taken by the Government on such issues as the implementation of counter terrorism policies and the conflicts between communities in Nigeria,” Callamard said.

“I will also investigate violations of the right to life of women, minorities, indigenous people, members of the LGBTI community, internally displaced persons and human rights defenders.”

Callamard will also consider alleged abuses committed by state security agencies and non-state actors, particularly in the North East and South of the country, as well as actions taken by the State to hold perpetrators accountable for their crimes.

She will also assess measures adopted by the State to address and prevent killings in clashes between herders and farmers in the central part of the country, with a special focus on the impact of climate change on rural communities.

The Special Rapporteur will also examine issues relating to safeguards over the use of the death penalty, mainly the situation of inmates on death row and the laws applied by Sharia courts.

Callamard will meet officials at federal and state level, as well as the national human rights institution and representatives of UN agencies, non-governmental organisations and civil society. She will also visit areas outside the capital, Abuja.

At the end of her visit, the Special Rapporteur will hold a press conference on 2 September 2019 to share her preliminary findings with the media.

The UN expert’s final report on the visit will be presented to the UN Human Rights Council in Geneva in June 2020.

A high powered panel is currently investigating last week’s killing of three police officers by solders at a check point in Taraba State.

Some policemen have also been recently arrested and sent on trial for alleged extrajudicial killings.