Presidency: Buhari To Act On Killing Of Policemen By Soldiers 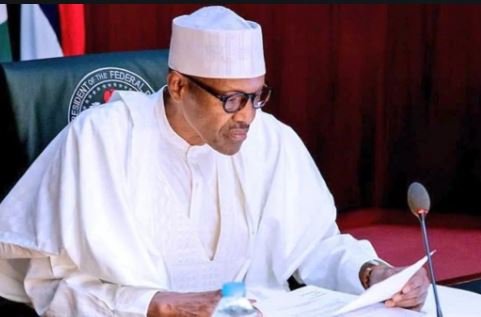 The three officers and a civilian killed by soldiers were said to be on legitimate criminal investigation activities to Taraba State, to arrest one Alhaji Hamisu Bala Wadume, allegedly indicted in a series of high-profile kidnap incidents in the state.

To get to the root of the matter, President Buhari constituted an investigative panel during the National Security Council meeting at the Presidential Villa last Thursday.

Senior Special Assistant to the President on Media and Publicity, Mallam Garba Shehu, said Buhari was waiting for the outcome of the investigation  by the Defence Headquarters.

The presidential spokesman on his Twitter handle, @GarShehu, wrote: “In response to press questions, I will confirm that a committee was set up during the National Security Council meeting to investigate the killing of three policemen and a civilian by soldiers in Taraba State.”

In another tweet Shehu wrote: “Contrary to those mischievous insinuations, President Buhari had ordered the Chief of Defence Staff to set up an investigation committee with representatives from all the security organisations in the country, including the police force.”

Disagreing that Buhari was indifferent, he stated: “The President is not indifferent to the unfortunate incident, and would take decisive action as soon as the report of the panel is submitted to him.”

Shehu said: “He is following due process and procedure. Putting the cart before the horse is not President Buhari’s way of doing things.

“Nigerians should show patience while the President awaits the report of the panel from the Chief of Defence Staff.”