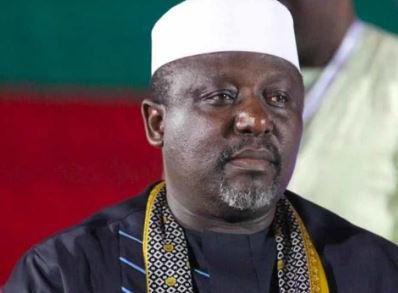 FORMER Imo State Governor Rochas Okorocha has urged his supporters to resist further attacks from the government. He said he would no longer tolerate unwarranted assaults on his person and relatives.

Okorocha, who addressed a crowd at the Headquarters of the Uche Nwosu Campaign Organisation in Owerri, said he has returned to the state to protect his people from government agents who have launched a war on his followers and legacies.

The senator noted that the state was still where he left it in terms of infrastructure development, saying his predecessor has done nothing apart from hounding past government officials since he assumed office two months ago.

He said: “I will no longer tolerate attacks from Governor Emeka Ihedioha. I am urging my supporters to rise up and resist further attacks from the government; nobody should intimidate you, Imo belongs to all of us.

“They have brought back impunity to Imo State, kidnapping has returned, the state is no longer safe but let not your hearts fail because Ihedioha’s stay in power will be for a little while.”