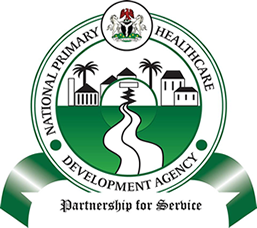 About 26.7million Nigerian children between one and seven years of age are  currently facing the  risk of contracting meningitis, the National Primary Health Care Development Agency (NPHCDA) warned on Friday.

The Executive Director, NPHCDA, Dr. Faisal Shuaib, said in a message in Calabar during the introduction of “Men A” vaccine into routine immunization in Cross River that 25 states  and the FCT are  within the meningitis belt.

He described the use of vaccines as the only way to prevent meningitis for now.

“The introduction of Men A vaccine into the EPI schedule will provide protection against Neisseria Meningitis Serotype A,” Shuaib said.

In his speech, Prof. Ivara Esu, Deputy Governor of Cross River, said the state had trained hundreds of health workers to ensure the success of the exercise.

Esu said that since Cross River was among the 25 states that fell within the belt, the government would do everything possible to ensure that every eligible child was immunised.

“Immunisation remains the protection against meningitis. Meningitis is a devastating disease that affects children.

“We will ensure that every eligible child in the state is immunised,” he said.

The deputy governor urged all women to take their children within 15 months of birth to the nearest government health facility for immunisation.

He expressed appreciation to all the partners in the fight against meningitis, including the World Health Organization (WHO), United Nation’s Children Education Fund and the NPHCDA.

Also, Mr Rilwan Raji, the State Coordinator of WHO in Cross River, appealed to the state government to ensure the vaccines were well protected.

Raji said there was need for periodic review of routine immunization in the state.