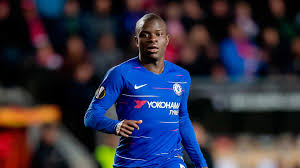 Chelsea will almost certainly be without three key starters for the UEFA Super Cup against Liverpool tonight, Frank Lampard has revealed.

The Europa League winners were heavily beaten 4-0 on the opening weekend of the Premier League by Man United, despite a good first-half showing.

Centre-back Antonio Rudiger missed that fixture, as did winger Willian, as both make their way back to full fitness after injuries over summer.

Neither is quite ready to start for the blues, says Lampard, although they have travelled and will be on the bench—and he’ll make a judgement call as to whether or not they feature as subs.

“Willian and Rudiger are here with us an in different stages,” Lampard told journalists at his press conference.
“Willian is not far from fit, he’s in training; [but to] put him into a high-intensity match would be a risk, he’ll be working on fitness this week but tomorrow on the bench. Similar to Rudiger, we’re in a position where they are feeling good but there’s one more step to go [before they start games].”

The French midfielder has been one of the best players in the Premier League over the last few seasons, but only appeared off the bench at Old Trafford and picked up another injury in that time on the pitch.

“Kante on the bench [against United] was purely because of injury. He wasn’t ready but I’m very aware

of his importance to Chelsea. He picked up another small injury and we are assessing it with regards to