IBB: Identify Yourselves As Nigerians At All Times 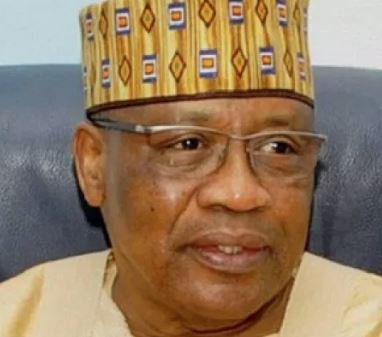 FORMER military president, General Ibrahim Badamasi Babangida, has charged Nigerians to ensure they identify themselves as Nigerians all the time.

He said Nigeria is a country to be proud of; adding that whoever wants to denounce his citizenship should have a rethink.

Speaking with newsmen during the celebration of his 78th birthday at his Uphill residence in Minna, Babangida said Nigerians do not have any other country apart from Nigeria.

He stressed the need for everyone to work towards ensuring the country survives its challenges.

“We do not have any other country except Nigeria, let us all work together, men and women, young and old, to make sure that this country survives.

“We need to work to ensure that the unity of this country is maintained and make sure we identify ourselves as Nigerians all the time,” he said.

On his 78th birthday, the former military leader said, “I give God thanks for sparing my life up till this time. God has been very kind and I remain grateful.”

The Uphill residence of the Babangida was flooded with family, friends and well-wishers from all walks of life who were on ground to celebrate with him on his birthday.

Most of his friends and well-wishers came with greeting cards of different colors and sizes with different inscriptions.

Among the early callers were former Chief Justice of the Federation, Alfa Belgore, lawmakers from the National Assembly, former military administrators and governor, as well as relations.

In a message to Babangida, Buhari said “On behalf of the Federal Executive Council, my family and all Nigerians please accept my warm felicitations on your 78th birthday.

“On this special day of your life, the reminiscences of your courage and invaluable service to the army in protecting the sovereignty of the country come to the fore. Thank you for the role of statesman you are playing in the affairs of the nation.

“As you age gracefully, the country will continue to look up to you for guidance and wisdom. May Allah continue to increase your health and grant you the strength to give your best to your family and the nation,” he stated.

Also, former vice president and the presidential flagbearer of the Peoples Democratic Party in the February 2019 polls, Alhaji Atiku Abubakar, has extolled Babangida’s virtues describing him as “a great patriot, statesman and iconic visionary leader.”

“General Babangida as a young officer fought for the unity and indivisibility of our fatherland. And as head of state, he not only spearheaded the physical relocation of the nation’s capital from Lagos to Abuja, but politically too, championed and implemented the ideal of a two-party system which enlisted majority of Nigerians.

“In and out of office, general Babangida carries himself with immense grace, comportment and dignified charisma,” the Waziri of Adamawa said.

Atiku further prayed for good health and long life for IBB in the continued service of our nation.

The duo who spoke at different occasions said Babangida is a nation-builder who has continued to champion the unity and indivisibility of Nigeria.

“General Babangida is indeed a leader whose influence traverses beyond the shores of Nigeria. While he was the president, he played a great role in the unity of Africa, particularly in the struggle against apartheid regime in South Africa.

“We are proud of him, and will continue to celebrate his iconic leadership and lifestyle. This is why many leaders go to him to seek his advice,” Senator Sani Musa said.

Former Niger State governor, Dr. Mu’azu Babangida Aliyu, who spoke to newsmen in Minna, said Babangida is the most experienced leader in Nigeria, adding that Nigerians need him around as an elder, leader and an adviser.

“I am happy that he is still alive and helping us. He advises us; he warns us, he reconciles us and he has been very busy with affairs of Nigeria and the world over.

“We are happy he has reached 77 and we are counting. We hope he stays far longer for us. He is the most experienced leader we have had in this part of the world and we need him around as an elder, a leader and an adviser,” he said.