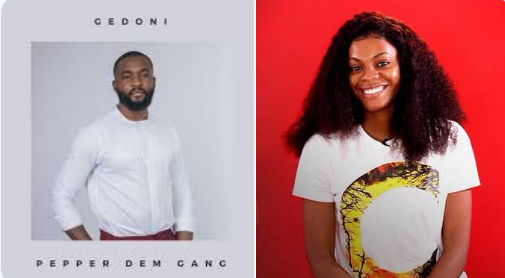 Two housemates, Gedoni and Jackye on Sunday night got evicted from the Big Brother Naija house, becoming the eleventh and twelfth housemates to do so.

This is resulting from scoring the lowest number of votes

Gedoni was however seen kneeling down in form of thanksgiving, immediately he was announced as evicted. He spoke in his interview with the show host, Ebuka about the love triangle between himself, Khafi and Venita, saying that “Khafi is priority to me. There is no feelings for Venita.”

On her part, Jackye Madu said she had low moments staying in the house, but will go out focusing on her project.

In another development, Tacha got her second strike in the show, for being rude and undermining Big Brother’s authorities on several occasions. She will be disqualified if she gets one more strike.

Mercy was also not spared, as she got a strike for provocation and violence that she displayed in during her fight with her love interest Ike, on Saturday night.

The Big Brother Naija show, now on day 56, continues with 14 housemates left, and will run till day 99.