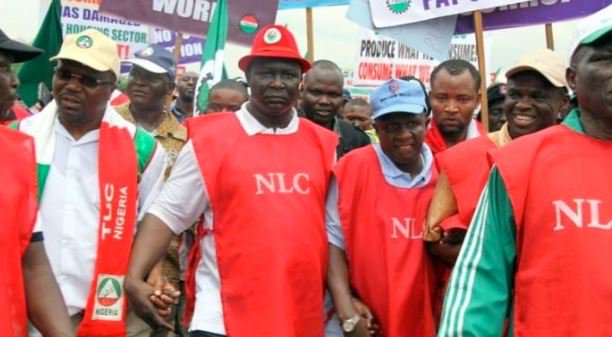 The minimum wage battle is far from being over, despite the signing of the bill into law by President Muhammadu Buhari.

The Federal Government and the Nigeria Labour Congress (NLC) have not agreed on the implementation of the wage structure.

Workers on levels 01-06 will automatically enjoy the N30, 000 minimum wage, but the Federal Government is yet to accede to Labour’s demands for workers from levels 07-17 and above.

A fresh negotiation, which was held yesterday in Abuja, got stuck as both parties failed to agree on wage percentage.

The deadlock  has also delayed the payment of the N30,000 to junior workers in the Federal Civil Service.

But workers in the 36 states have to wait a little longer to benefit from the new wage because the outcome of national negotiation will serve as a template for  bargaining with governors.

The two parties have, however, decided to reconvene for talks on August 14 and 15.

The Federal Government only asked labour to come with “an open mind”  to the next meeting.

Barely four months after, the implementation of the wage policy has been stalled because the government and labour could not reach a compromise at the negotiation table.

Investigation by The Nation revealed that  the Federal Government and labour’s Joint National Public Service Negotiating Council resumed negotiation behind closed doors for about four hours yesterday in the Office of the Secretary to the Government of the Federation (OSGF).

The government’s 10-man team was led by a Permanent Secretary in OSGF, Adekunle Lawal. Labour’s 10 negotiating leaders were headed by Comrade Simon Achebe, who is the acting chairman of the Joint National Public Service Negotiating Council.

It was gathered that the basic disagreement centred on the percentage of wage increase for workers on levels 07-17.

A source, who who pleaded not to be named, said: “Again, the negotiation by the two parties was not far-reaching at all. Labour only made 1% concession from 30% increase for levels 07 to 14 to 29%. Also, it shifted from its demand for 25% wage increase for workers from levels 15- 17 to 24%.

“After about four hours, there was no headway. The government’s team advised labour to “come with an open mind” to the next meeting.

“The meeting was deadlocked. The two parties will reconvene on August 14 and 15 for resumption of negotiation.”

Asked of what becomes of the negotiation at the state level, a labour source said: “Nothing concrete can be done now because the outcome of the talks at the federal level will serve as a template for negotiation in the 36 states.

“It is after the conclusion of our negotiation that the Joint Negotiating Council in each state will have to open discussions with state governors on percentage increase across board.

“labour has directed its state chapters to await the final outcome with the Federal Government before beginning talks with state governments. So, no implementation of minimum wage yet in the 36 states.”

Workers on levels 01-06 at the Federal Level have not been paid the new wage.

“Junior workers with the Federal Government have not been paid N30, 000 minimum wage, “a member of the negotiating council said.

Item 34 of the Second Schedule gives the National Assembly powers to “prescribe a national minimum wage for the Federation or any part thereof.”

The struggle for a new minimum wage has been a major issue since 1978.

The Labour Act of 2004 states that any establishment which employs fewer than 50 workers does not have by abide to the National minimum wage.