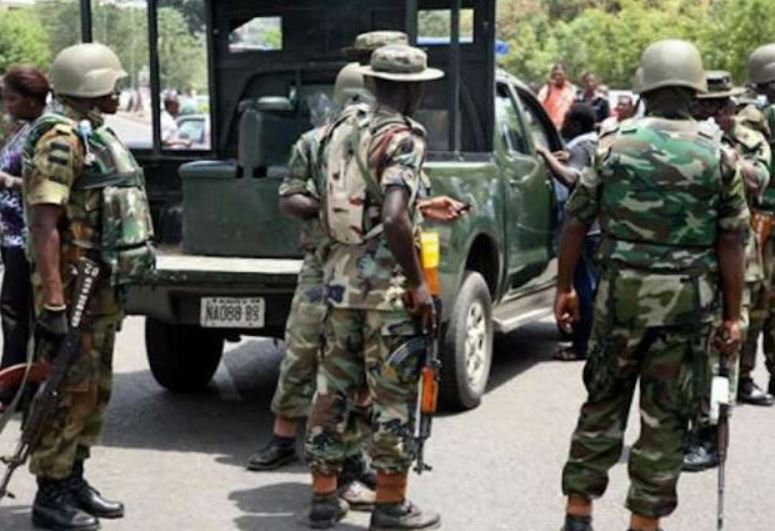 Three persons were killed and five others injured on Monday night after some drunk soldiers went berserk at a Lagos-Ogun border community.

This is coming barely a week after soldiers opened fire on policemen on covert operation to Ibi in Taraba State killing six persons including three civilians.

The soldiers, suspected to be on illegal duty, were said to have opened fire on celebrators of the Isheri Day festival in Kara Community after they were told to stop harassing innocent people.

It was gathered that the soldiers had escorted one Tiri, said to be a son of Kara Market owner to the event’s venue and were violently pushing other guests to create access for their principal before they were confronted by one of the community leaders.

“I told them that what they were doing was not proper. I told them to stop harassing other participants in the festival. The soldiers were two and they work as bodyguards to Tiri.

“The next thing, one of them pointed his gun at me and people gathered there.

“Tiri was also drunk because the three of them came in drunk. After the disagreement, they left and about 300 metres away, we heard gunshots. They just opened fire on people.

“Adelani Dare, who was urinating, was killed on the spot. Tayese sustained gunshot wounds and was rushed to the hospital.

“The shooting angered the people and the soldier was attacked and wounded. He was also taken to the same hospital as Tayese.

“The next thing, they called for reinforcement and when their colleagues came to take the injured soldier, they saw Tayese and shot him dead right in front of the doctor.

“I think the hospital has CCTV and the police can get the footage to see what happened there. The soldiers killed three people and injured five persons.

“This whole thing started around 7:30pm on Monday. This is the first time we are experiencing this kind of sad incident during our festival. We have been celebrating this day for 31 years and have never recorded any death.

“We want the police to arrest Tiri. Once Tiri is arrested, it will be easy to fish out the soldiers who committed this crime because they are his bodyguards and he knows where they are from,” said a resident Saheed Adeshina.

Contacted, police spokesman for Ogun State Abimbola Oyeyemi, a Deputy Superintendent (DSP) confirmed the incident but said he would revert for details.