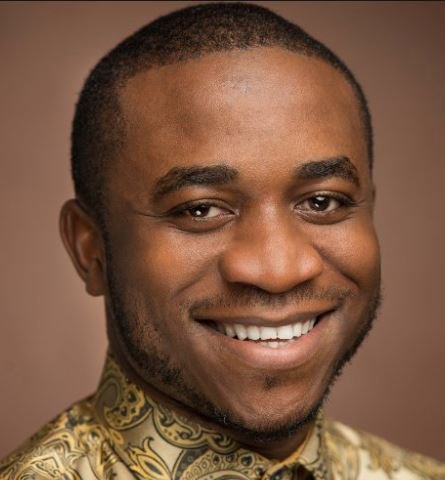 THE US Federal Bureau of Investigation (FBI) has arrested the Nigerian young billionaire, Obinwanne Okeke, for alleged conspiracy to commit computer fraud.

Okeke is being held for the alleged hacking of an account belonging to the CEO of Unatrac Holding Limited, a steel company.

At stake was $11million.

The arrest of the man cited by Forbes in its ‘Africa’s 30 Under 30 List in 2016’ immediately sparked an outrage in the social media.

The FBI said it is also holding at least 29 other Nigerians for fraud.

A Special Agent of FBI, Marshall Ward, said in a sworn affidavit in Norfolk, Virginia, USA, that illicit financial transactions were traced to a G-mail account believed to be owned by Okeke.

According to Ward the transactions and conspiratorial communications with at least six other emails were carried out between 2016 and 2019.

“When the CFO opened the link, it instead led him to a phishing website crafted to imitate the legitimate Office365 login page.

“Believing the page to be real, he entered his login credentials, which were captured by an unknown intruder who controlled the spoofed web page.

“Between April 6 and April 20, 2018, the intruder accessed the CFO’s account at least 464 times, mostly from Internet Protocol (IP) addresses in Nigeria.”

He deponent added: “There is a probable cause to believe Okeke has conspired with several individuals to access computers without authorisation, and using such access to cause the fraudulent wire transfer of funds.”

The FBI agent said the investigations began in July 2018 after Unatrac Holding Limited, an export sales office for Caterpillar heavy industry and farm equipment in the United Kingdom was defrauded of $11 million through a phishing scheme.

The report led to an investigation, which began in July 2018 after the FBI reviewed the submitted documents and eventually led to the arrest of Okeke.

The credentials were used to remotely login into the CFO’s account, monitor his correspondences and intercepted legitimate emails from employees on the company’s financial team. The emails were marked as read and moved to another folder outside the CFO’s inbox.

Unatrac financial team members, deceived by the genuine-looking emails initiated by the intruder, processed 15 fraudulent payments between April 11 and April 19, 2018.

Okeke is the Chief Executive Officer of Invictus Group.

Giving details of the arrests in a statement, FBI said: “Those individuals are often members of transnational criminal organizations, which originated in Nigeria but have spread throughout the world. Fraudsters can rob people of their life’s savings in a matter of minutes.

“The operation also resulted in the seizure of nearly $2.4 million, and the disruption and recovery of approximately $14 million in fraudulent wire transfers.

“The same criminal organizations that perpetrate BEC also exploit individual victims, often real estate purchasers, the elderly, and others, by convincing them to make wire transfers to bank accounts controlled by the criminals.

“Those individuals are often members of transnational criminal organizations, which originated in Nigeria but have spread throughout the world. Fraudsters can rob people of their life’s savings in a matter of minutes.

“Now, in this operation alone, we have arrested 42 people in the United States and 29 others have been arrested in Nigeria for alleged financial fraud.

“This operation demonstrates the FBI’s commitment to disrupt and dismantle criminal enterprises that target American citizens and their businesses.

“We will continue to work together with our law enforcement partners around the world to end these fraud schemes and protect the hard-earned assets of our citizens. The public we serve deserves nothing less.

“Following an investigation led by the FBI with the assistance of the IRS Criminal Investigation, Gloria Okolie and Paul Aisosa, both Nigerian nationals residing in Dallas, Texas, were charged in an indictment filed on June 6 in the Southern District of Georgia.

“According to the indictment, they are alleged to have victimized a real estate closing attorney by sending the lawyer a spoofing email posing as the seller and requesting that proceeds of a real estate sale in the amount of $246,000 be wired to Okolie’s account.

“They are charged with laundering approximately $665,000 in illicit funds. The attorney experienced $130,000 in losses after the bank was notified of the fraud and froze $116,000.

“Adeyemi Odufuye aka “Micky,” “Micky Bricks,” “Yemi,” “GMB,” “Bawz” and “Jefe,” 32, and Stanley Hugochukwu Nwoke, aka Stanley Banks,” “Banks,” “Hugo Banks,” “Banky,” and “Jose Calderon,” 27, were charged in a seven-count indictment in the District of Connecticut in a BEC scheme involving an attempted loss to victims of approximately $2.6 million, including at least $440,000 in actual losses to one victim in Connecticut. A third co-conspirator Olumuyiwa Yahtrip Adejumo, aka “Ade,” “Slimwaco,” “Waco,” “Waco Jamon,” “Hade,” and “Hadey,” 32, of Toledo, Ohio, pleaded guilty on April 20 to one count of conspiracy to commit wire fraud. “Odufuye was extradited from the United Kingdom to the United States and on Jan. 3, pleaded guilty to one count of conspiracy to commit wire fraud and one count of aggravated identity theft.

“Nwoke was extradited to the United States from Mauritius on May 25, marking the first extradition in over 15 years from Mauritius. His case is pending. “Richard Emem Jackson, aka Auwire, 23, of Lagos, Nigeria, was charged in an indictment filed on May 17 in the District of Massachusetts with two counts of unlawful possession of a means of identification as part of a larger fraud scheme.

“According to the indictment, on two occasions in 2017, Jackson is alleged to have possessed the identifications of two victims with the intent to commit wire fraud conspiracy.

“Attorney General Sessions expressed gratitude for the outstanding efforts of the participating countries, including law enforcement actions that were coordinated and executed by the Economic and Financial Crimes Commission (EFCC) in Nigeria to curb business email compromise schemes that defraud businesses and individuals alike.”
AfricaNewsNigeria