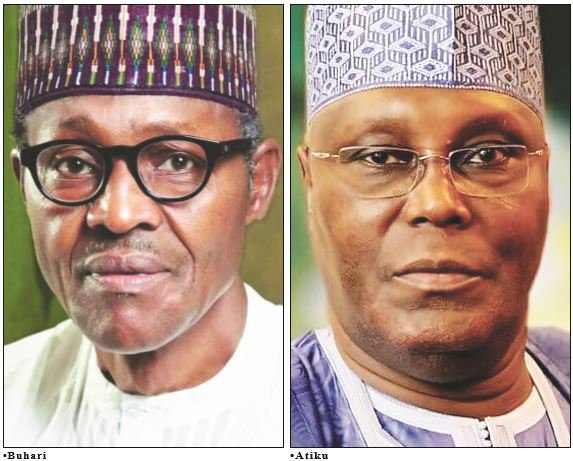 PRESIDENT Muhammadu Buhari has described the petition by the People’s Democratic Party (PDP) and its candidate in the last presidential election, Atikiu Abubabar, as the most worthless in election litigation history.

The President urged the Presidential Election Petition Court (PEPC) to dismiss the petition for lack of merit.

But the PDP candidate insists that the President is unqualified to contest the election. He urged the tribunal to quash his victory.

These are contained in the final written addresses submitted to the court, which they are expected to adopt on August 21 when the court will hear final submissions from parties to the petition by Atiku and the PDP, challenging the outcome of the last presidential election.

Buhari and the APC argued that not only are the reliefs sought by the petitioners “ungrantable and meaningless”, they (Atiku and the PDP) failed woefully to prove the allegations as contained in their petition.

Buhari and the APC, after analysing the evidence by witnesses called by the petitioners, argued that in their attempt to establish their allegations, they dumped documents on the court in the name of tendering documentary evidence.

They said: “It is submitted with every force that in the annals of election petition proceedings in Nigeria, this particular petition has been the most starved in terms of evidence, whether oral or documentary.

The petitioners also woefully failed to appreciate that this court does not wrought miracles, but decides cases according to law, and not based on sentiments.

“Whereas, the petitioners are challenging results of election in all the states of the federation and the Federal Capital Territory, Abuja, and have pleaded in paragraph 107 of their petition that there were 119,973 polling units in the country, they called only five polling unit agents to give evidence, i.e PW5 of Mai Angwa Yclwa 008 Polling Unit of Jigawa State; PW6 of Farin Dutse 001 Polling Unit of Jigawa State; PW12 of Polling Unit 009 of Nasarawa “B” Ward of Niger State; PW46 of Unit 009, Karu Ward of Nasarawa State, and PW49 of Unit 1, Morowa of Nasarawa State.


“Apart from the fact that these witnesses made no impression on the petitioners’ case, a pertinent question arises, to wit, what happens to the remaining witnesses in respect of the outstanding 119, 968 polling units in the country?

On this note again, respondent submits that the petitioners are not in the least bit, serious at ventilating any grievance against the presidential election of 23rd February, 2019 before this honourable court. From the presentation of the petition, through to the calling of witnesses, the petitioners would appear to be very unsure and unsteady as to what they want precisely.

“This is not surprising as the entity of the petition is based on assumptions, speculations and conjectures. The petition itself is based on live conflicting and irreconcilable grounds, the last two of which glibly suggest that the 2nd respondent (Buhari) was not qualified to contest the election under reference.

“As against the grounds, the evidence given, both oral and the dumped documentary, suggests something different; the five reliefs sought are not any shade better than the grounds, but they vividly bring to the fore the confusion enveloping the entire petition.

“Reliefs (b) and (c) wishfully pray this honourable court to, not only to declare the 1st petitioner (Atiku) as the winner of the election, but also to issue him a certificate of return. Yet, throughout the gamut of the terse evidence presented, it has not been demonstrated by any strand of evidence at all, how the 1st petitioner secured the highest number of lawful votes cast at the election, to warrant a certificate of return being issued to him.

“Reliefs (d) and (e) trivially pray the court to determine that the respondent, who was a military Head of State between 1983 and 1985; a former Commander-in-Chief of the Nigerian Armed Forces; a former Military Governor of the old North-Eastern State; a former Federal Commissioner of Petroleum, a democratically elected President of Nigeria, between 2015 and 2019, etc., was not qualified to contest the said election. ‘I’here is an alternative relief, which is neither here nor there.

“As for the much propagated non-qualification of the respondent, not a single one of the witnesses called by the petitioners gave any scintilla of evidence to support this presumptuous claim. Out of abundance of caution, the respondent called four witnesses in respect of his qualification? who not only gave evidence as to their class and course relationships with the respondent, but also tendered photographs. results, transcripts, among others.”

“The 1st petitioner, who has made and continues to make a mountain out of the molehill of an otherwise irrelevant issue, has failed, refused and neglected to tender or produce any educational certificate of his. The Form CF001 which he claims in paragraphs 18 and 19 of his reply to the respondent’s reply has not been tendered before this honorable court. “