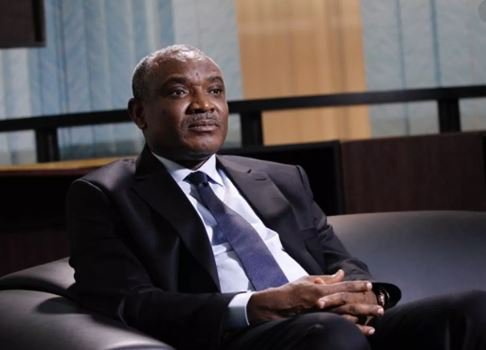 The suspension will remain in force until the conclusion of ongoing probe of his academic records and financial impropriety allegations levelled against Obono-Obla by the Independent Corrupt Practices and Other Related Offences Commission (ICPC).

An August 14 letter by the Secretary to the Government of the Federation, Mr. Boss Mustapha, conveyed the suspension.

The letter reads: “I write to convey the directive of His Excellency, Muhammadu Buhari, President of the Federal Republic of Nigeria for your suspension from office as Chairman, Special Investigation Panel for the Recovery of Public Property with immediate effect.

“This suspension shall subsist until the conclusion of the on-going ICPC investigations into cases of alleged falsification of records and financial impropriety against your person.

“You are required by this instruction to strictly observe and comply with the provisions of PSR 030405 of the Public Service Rules. For the avoidance of doubt, the Solicitor-General of the Federation and Permanent Secretary, Federal Ministry of Justice shall be the authority to whom you shall report.”

Obono-Obla, it was learnt, might be prosecuted by the anti-crime agecy after investigation.

The government will also review the activities of SPIP following a protest by four members of the five-man Panel working with Obono-Obla.

The SPIP has a mandate to investigate only cases referred to it by the government but not to arrest, seize assets and prosecute.

The Presidency was shocked that Obla was implicated in illegal secondment of over 100 policemen to the SPIP.

The SPIP chairman was found to be engaging lawyers to file charges against suspects without recourse to the Attorney-General’s office.

It was gathered that the government was in receipt of many petitions against the SPIP which ought to be immediately addressed.

It was learnt that the Presidency drew the attention of Obla to his excesses and he signed an undertaking to follow the procedure. But the Presidency was disturbed that Obla reneged on his promise.

A top government source said: “The activities and conduct of the chairman of the SPIP have been under critical review for some time in the Presidency. So far, his outright dismissal and likely prosecution is imminent.

“The Presidency has also received an indicting report on the Panel Chairman bordering on acts of forgery and misconduct.

The source said the Presidency was disturbed that despite the confirmation of the abuse of the mandate of the pane by the Court of Appeal, Obla has not changed in his approach.

The source said:  “In fact, the matter of the mandate of the Panel became an issue of judicial interpretation at the Appeal Court in the case of Tijani Musa Tumsah v. Federal Republic of Nigeria.

“In that case, the Appeal Court held that the Panel headed by Obla lacks prosecutorial powers and cannot seize properties belonging to anyone or obtain forfeiture orders against any public official.

“The Court also held that the duty of the Panel upon conclusion of an investigation is to submit its report to the President and that the Panel, as against the conduct of the Chairman, cannot act outside its enabling Statute, the Recovery of Public Property Special Provisions Act.

“Actually, once when confronted with some of his alleged misconduct and other allegations, Obono-Obla pleaded and was  made to sign an undertaking to mend his ways, but no sooner, he signed he abandoned the undertaking and continued violating the law and regulations in place in the conduct of the work of the panel.

“Following a series of violations for which he was queried,  Obla submitted a written undertaking to the effect that the panel under his leadership would only act on a written mandate received from the Presidency, and will seek authorization from the Presidency to undertake fresh mandates in accordance with extant laws of the Federation.”

The source gave insights into why the Presidency had decided to wield the big stick against Obla and SIP.