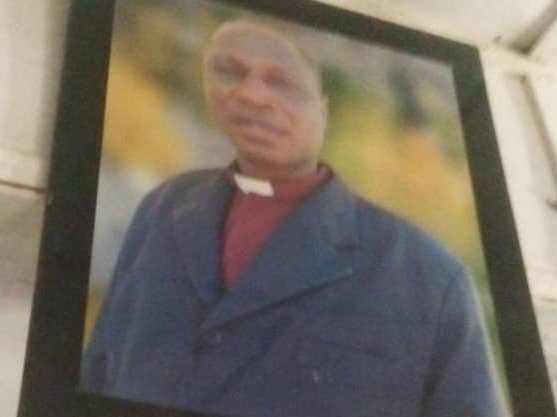 The abduction is coming barely two weeks after a Pastor in charge of Living Faith Church, Angwan Romi, Kaduna, Jeremiah Omolewa, was killed and ransom was paid to free his abducted wife.
The armed kidnappers, numbering about 20, reportedly stormed the village around 1:30 am Wednesday and forced their way into the Pastor’s house and went away with him and his son.

But, they later released the son, Emmanuel Elisha, who was threatened to go and raise unspecified amount of money as ransom to secure the release of his father within five days or risk being killed.

According to the pastor’s son, “They came around 1 am. They were about 20 armed men came to the village and started hitting at doors but nobody opened. They then forced their way into houses and vandalised properties. They carted away some valuables including mobile phones and clothing in my mother’s box.

“They picked me together with my father. But after a while into the bush, I was released and they went away with my father. One of them was dressed in military camouflage.

“As they released me, they threatened that if we fail to bring money in five days even though they didn’t mention the specific ransom, they will kill him.

“We are yet to report to the police because even when we had similar experience in the past and we contacted them, they did not do anything about it. So, it is of no use.” He said.