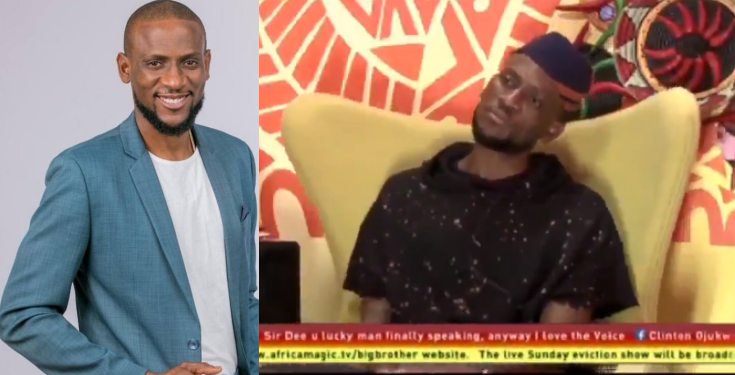 News Agency of Nigeria (NAN) reports that Omashola’s makeshift television was part of the wager presentation by his group, ‘The Icons’.

The television was modeled after the old box televisions that required aerial tuning, and contained programmes such as the BBNaija show and Warri TV.

Omashola designed the television entirely from scrap, waste material in line with the theme of the wager task.

The innovation earned him praise from other housemates, especially Mike who specially congratulated him.
Fans also shared their thoughts on Twitter.

“We #TeamOmashola never saw this coming! I Re Stan my Stanship! I’m Very Proud of You Omashola! Go Icons #theicons.”

@Rainebe tweeted, “That is a strong exhibition of a true winner who is fighting so hard to win a deserving tittle and Price.

“It takes only people with genuine judgement to see how necessary it is to root, support and sponsor Omashola to win.”

@MissBarosi wrote, “Omashola’s tv was mind blowing,unexpected. The fact that it changed channels, that was a Bomb.”

NAN reports that Ike’s handmade chess board was another highlight of the wager presentation.

He collaborated with Cindy and Khafi to paint and make chess miniatures from waste materials.

The team had their third win in a row on Thursday, following their last wager and nomination task win.