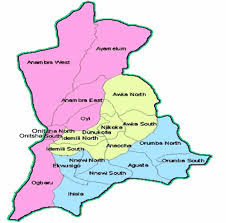 CHAIRMAN, Eke Awka Market, Anambra State, Emeka Agummadu, has refuted reports alleging him as being a financier to cult activities in Awka and its environs.

He said he was neither a cultist nor sponsored cult killings or any related crimes in the state.

The police had, on Wednesday, issued a statement that the market leader, a.k.a Baby Awka, was arrested alongside three others over alleged sponsorship of cult related killings in the area.

But addressing newsmen in Awka on Saturday, Agummadu described the allegation as false and unfounded, aimed at tarnishing his reputation.

He said, “I’m not a cultist and I don’t sponsor cult killings or any related crimes. The allegation is a handiwork of mischief makers bent on tarnishing my image.”

While condemning cultism in its entirety, Agummadu called for denunciation of those involved, urging them to engage in legitimate means of livelihood in order to be useful to themselves and society.

“As a philanthropist, I have changed the living conditions of so many Awka indigenes and contributed immensely to the development of the town,” he added.

He pledged unflinching support to Obiano’s administration, including provision of security network for the lives and properties of the citizenry.