‘Amaechi Shouldn’t Relent In His Vision For Better Nigeria’ 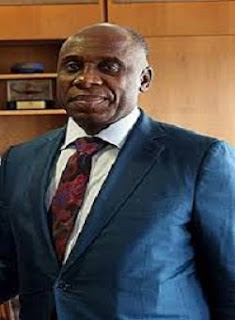 A chieftain of the All Progressives Congress (APC) in Southsouth, Eze Chukwuemeka Eze, has urged former Minister of Transport Rotimi Amaechi not to relent in his vision for a better Nigeria.

He described the conferment of the highest rank in the Catholic Church on Amaechi as a confirmation of his commitment to the service of God and humanity.

Eze, in a statement yesterday, said the recognition of Amaechi could only be achieved through a long-term show of public spirit, dedication to godliness and untainted love for brotherhood and society.

The Exemplification Honour of the Knights of St. John from the Grand Master, Nigerian Temple of Noble and Exalted Knights of the Holy Cross Knight of St. John International was conferred on Amaechi on August 18 for his services to the order and humanity at the Pope John Paul II Catholic Centre in Abuja.

The party chieftain noted that the honour would spur Amaechi to further service, describing him as a special gift to the Nigeria and humanity.

He urged public servants to follow the footsteps of the minister-designate, whose legacies in public service he described as noble.

Eze hailed the body of Christ for the honour done the former Rivers State governor, and called for more prayers for Amaechi in his drive for the Nigeria of our dream.