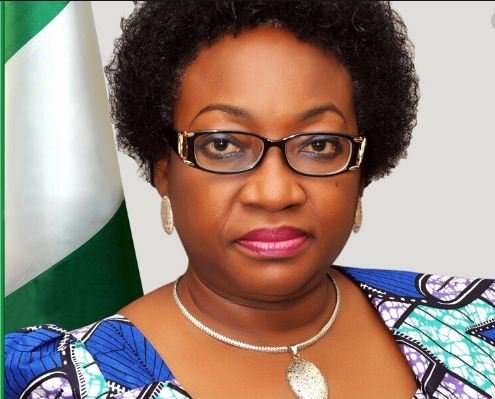 THE Economic and Financial Crimes Commission (EFCC) has seized the international and diplomatic passports of the Head of the Civil Service of the Federation, Mrs. Winifred Ekanem Oyo-Ita, who is under investigation for alleged N3billion fraud.

Mrs. Oyo-Ita’s movement has been restricted to the country pending the conclusion of investigation.

In continuation of the investigation, the EFCC may invite three Permanent Secretaries and some Directors of Procurement for interaction over some contracts awarded to firms with link to the Head of Service.

According to investigation by our correspondent, the EFCC decided to restrict Oyo-Ita’s movement so that she can be available for another round of interrogation.

Although she is hospitalized having complained of being ill, sources said security operatives had been deployed to monitor her movement in the Abuja hospital

A source, who spoke in confidence with our correspondent, said: “The latest about the ongoing investigation is that the EFCC has seized the international and diplomatic passports of the Head of Service.

“In line with normal investigative procedure, we need to restrict her movement to the country to enable her attend more interrogation sessions which have been lined up for her.

“We are monitoring her progress in the hospital until she is stable enough to come for another round of grilling.”

The source added: “We may invite some Permanent Secretaries and others because our investigation shows fresh clues during analysis of letters of award of contracts in some ministries, departments and agencies.

“All the accounts of the affected companies have been placed under watch till they are clear of any infraction.”

It was learnt that prior to her arrest, there had been complaints about Civil Servants’ Group Life Insurance Scheme (GLIS), which the Federal Government voted N16billion for.

Some civil servants faulted the management of the insurance scheme which they have not benefitted from.

It was confirmed that the GLIS was enmeshed in controversy over alleged under-hand deals by some underwriters.

It was gathered that some of those aggrieved have asked the EFCC to look into challenges on GLIS.

Another source added: “The EFCC is aware of issues on GLIS but we have not reached this bend. Our focus is on alleged abuse of office and contract scam involving some proxy companies.

“We will ensure a comprehensive investigation and we will be fair to all. We accorded the Head of Service much respect befitting her status. We will soon release the details of our findings.”

But Mrs. Oyo-Ita explained that she had no hand in the management of the N16billion.

About two and half weeks ago, she said: “The GLIS was set up to be able to ensure that government meets up with benefits of any civil or public servant who, in the process of doing his work as a civil servant, loses his or her life.

“This GLIS is the policy that is carried out with underwriters; these underwriters are being regulated by the National Insurance Commission (NIC). The NIC regulates premiums that are paid to these underwriters and the last group life programme was actually handled by the sub-committee of cabinet chaired by the then Minister of Finance.

“The report of the sub-committee was submitted to the Federal Executive Council (FEC), and approval was given for that programme to be implemented.

“The fund for that programme is always domiciled with the Office of the Accountant-General of the Federation.

“The only thing that the Head of Service does is to compile the names of all the Ministries, Department and Agencies (MDAs) that are to be under the group life policy.

“For someone to say that N16 billion has gone missing in my office is strange to me and to many others who understand how the GLIS works.”