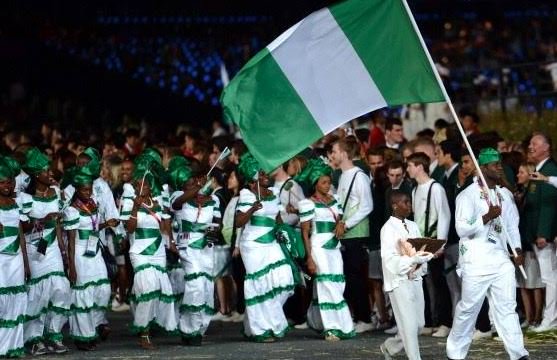 Since the maiden edition of the continental sports showpiece Nigeria has featured in every edition of the African Games, amassing over 1,199 medals. Other things being equal, the Nigerian Contingent is set to improve on the country’s second-place finish at the 2015 edition held in Congo Brazzaville as the 12th edition of the African version of the Olympic Games kicks off today August 19 in Morocco.

Aside from aiming to be overall victors at the Games, Nigerian athletes are also seeking qualifying spots for the Tokyo 2020 Olympic Games in some sports.

Four cities are hosting 26 sports and Nigeria will compete in 22 of them, in serious sporting competition with other continental giants like Egypt and South Africa.

Already, majority of the Nigerian athletes has arrived Morocco while some of the foreign-based are expected to join their compatriots in the Maghreb nation. In 2015, Nigeria competed in 21 sports with 573 athletes, winning 47 gold, 55 silver and 42 bronze medals. This year, Nigeria will be represented by 153 male and 178 female athletes, as well as 58 coaches. The contingent is supported by 27 medical personnel, 20 team secretaries, four secretarial members of staff and two officials of the Nigerian Olympic Committee (NOC).

Being one of the sports that had contributed immensely to Nigeria’s fortune at the Games, all eyes will be on athletics again, with Blessing Okagbare leading some fleet-footed Nigerian stars, which include one of the fastest man in the world this year, Divine Oduduru and Commonwealth Games champion, Ese Brume, against the rest of the continent. Hurdles specialist, Tobi Amusan will also be aiming to dazzle in Morocco. Aside the sprint events, expectations are sky-high for Team Nigeria in the relay events.

Odunayo Adekuoroye is a global name in wrestling and as African champion she will be leading the star-studded team, which includes nine-time African champion – Blessing Oborududu as well as Aminat Adeniyi.

President, Nigeria Wrestling Federation, Daniel Igali is a man of few words, hence he categorically expressed optimism on the Nigerian team dominating Africa in Morocco. As the best team in the continent, Nigeria will have to contend with the North Africans, Tunisia, and Algeria, especially, who are also top contenders in the event.

Reigning Nigeria Open Champion, Aruna Quadri, hopes to claim his maiden singles title in Morocco, being the only gong missing from the surfeit of laurels already won by the Nigerian in ping-pong.

Doubtless, Aruna Quadri will aim to avenge the semifinal loss against his archrival, Egypt’s Omar Assar, at the last Games, even as the Egyptian also hopes to retain his men’s singles title in Morocco.

The Nigerian table tennis team is fortified with experience and youth – led by the eight-time Olympian, Segun Toriola, who is gunning for another appearance at the Tokyo 2020 Olympic Games.

Olufunke Oshonaike is the leading lady for the Nigerian women’s team. Oshonaike will lead her compatriots against their biggest threat – a youthful Egyptian side –  with the team event serving as the qualifiers for the 2020 Olympic Games. The winner of the men and women team events will secure their places at Tokyo 2020.

Seven titles are at stake in table tennis and Nigeria hopes to halt the Egyptian dominance in the sport over the last two editions of the Games.

The Nigerian team is made up of experienced athletes, including African and Commonwealth Champions.

Preparatory to the Games, the team had undergone a six-week training, according to Technical Director, Nigeria Taekwondo Federation, Chika Chukwumerije. This should serve to put the Nigerian contingent in vantage position to win medals.

Uzoamaka Otunadinma, Segun Onofe and Shola Olowookere are some of the experienced athletes in the team. With the youthfulness of Ifeoluwa Ajayi, Peter Itiku and others, Nigeria should coast home with many medals in taekwondo.

African Champion Dorcas Adesokan will be the cynosure of all eyes in Morocco as she leads the Nigerian contingent against top-playing nations like South Africa and Mauritius.

There is no doubt that the efforts made so far by the Francis Orbih-led Nigeria Badminton Federation have started bearing fruits and the Nigerians are expected to show their class against the rest of the continent in Morocco.

Although the country is a soccer giant, Nigeria has not really dominated football at the African Games.

However, there is hope that the current U-20 teams in the men and women categories will shine when it matters most in Morocco.

Already, President Muhammadu Buhari has motivated the team by releasing fund to the Federal Ministry of Youth and Sports led by its Permanent Secretary, Olusade Adesola.

The President has also charged the contingent to steer clear of performance-enhancing drugs and bring only clean medals back to the country. President Buhari, who was represented by the Secretary to the Government of the Federation (SGF), Boss Mustapha, during the hand-over of the athletes to the NOC by the Ministry of Youth and Sports, stressed that Nigeria would be proud of them even when they fail to win any medal than win medals that would be stripped off later because of drug use.

President Buhari promised to care adequately for the contingent, even as he charged the athletes to top the medals table. The President said: “Let me assure you that the Federal Government is fully committed to our delegation’s successful participation in the African Games and will ensure that the welfare of the team is adequately taken care of.

“I want to charge all athletes and team officials going to the Games to be worthy ambassadors of our great country, both on the field of play and outside the sports arena. I therefore urge you to keep the integrity of our nation intact by competing clean and fair devoid of any form of doping at the African games.”

Adesola expressed confidence in the athletes to represent the country well at the Games, stressing that they had gone through intense training programmes to get to this level.

President, NOC, Engr. Habu Gumel, noted that this is the first time the African Games would be used as qualifiers for the Olympics, stressing that it is an opportunity for the athletes to give their best not only to win medals but also qualify for the Tokyo Olympics.

Without doubt, Nigerians are watching the 2019 African Games with excitement and baited breath to see their country rule the roost again in sports by topping the medals table in Morocco.