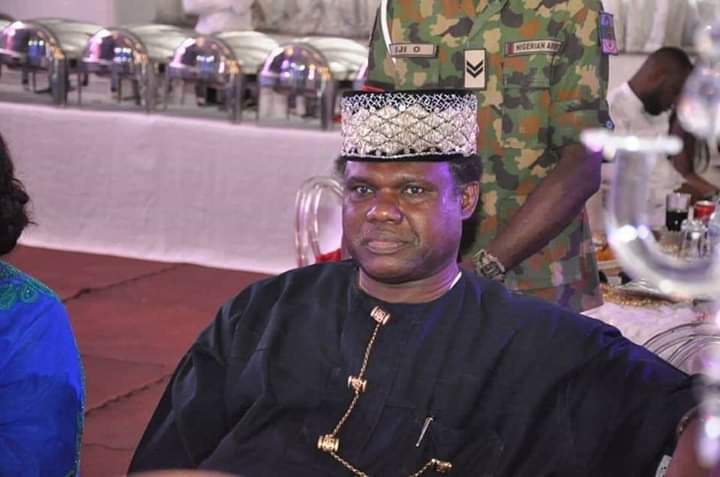 Rivers State Governor, Nyesom Ezenwo Wike, has stated that Rivers people are proud of the Former Chief of Army Staff, General Kenneth Minimah, for his contributions to nation building and his spirited defence of constitutional democracy during the 2015 General Elections.

Wike said Minimah stood on the side of integrity and refused to use the Nigerian Army negatively.

Speaking during the 60th Birthday Celebration of General Minimah on Saturday in Port Harcourt, Wike praised Minimah for his outstanding  commitment  to the maintenance  of security  across the  country during his leadership as Chief of  Army Staff.  The current Chief of Army Staff was represented at the event by the General Officer Commanding 6 Division of the Nigerian Army, Major General Jamil Sarhem.

Represented by his Chief of Staff, Engr. Chukwuemeka Woke, the Rivers State Governor said that General Minimah has been a good ambassador of Rivers State.

He said as Chief of Army Staff, Minimah respected the constitution of the Federal Republic of Nigeria and never used the Nigerian Army to manipulate the General Elections across the country and in Rivers State.

He said: “This is a man of integrity.  He is good ambassador of Rivers State.  As Chief of Army Staff in 2015, he refused to use the Army to manipulate the general elections.  In Rivers State, his brother from Opobo was the APC governorship candidate, yet he did not use the Army negatively.


He urged other Rivers leaders to use their positions to promote Rivers State, instead of de-marketing the state.

He said the Buhari administration should be grateful to General Kenneth Minimah for refusing to negatively use the Nigerian Army to intervene in the 2015 electoral process.

“This man of integrity said it is against the law. There was pressure. They were northern leaders who wanted the man to take over.  This is the man who has shown love for our nation,” he said.

He said the former Chief of Army Staff stood on the platform of integrity, adding that the APC-led Federal Government should be thankful to him.

Father of the Day, Amanyanabo of Opobo, King Douglas Dandeson, said the former Chief of Army Staff is a reliable man who has contributed to the growth of the nation.

The celebrant and former Chief of Army Staff; General Kenneth Minimah, thanked God for his life at 60. He said getting to 60 has been very adventurous and demanding.  He thanked Nigerians from across the world for coming together to celebrate his 60th birthday.

“For you to serve to the peak and come back home, deserves thanksgiving. I will go to Church to thank God for his mercies.  I give all the gratitude to God”, Minimah said.