Music Health Tech Wishes
There was chaos recently in a part of Lagos as a Lady was nabbed while trying to throw away her own baby in Lagos. 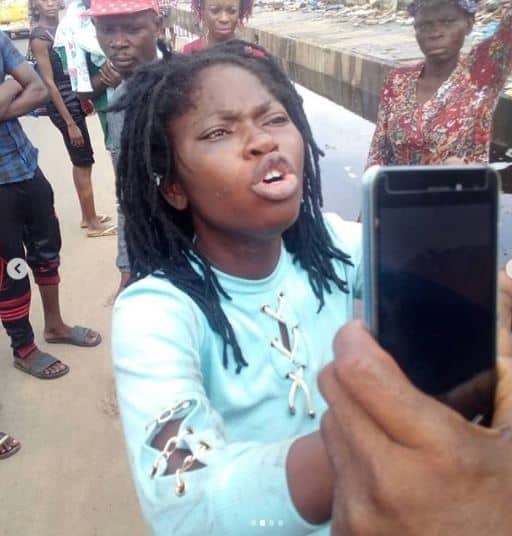 According to an eye witness who shared the news, the incidence took place at Iyana-Ipaja area of Lagos before she was arrested by the police.

“The baby here was about to be thrown inside a gully by her own mother (swipe to see the mother) in front of my office at Ile epo bus stop, after Iyana Ipaja, along the expressway, this morning at exactly 10:30, before she was apprehended and taken to Ile epo police station.”
Next Post Previous Post
No Comment
Add Comment
comment url
Africa,News,Nigeria