Everton are weighing up a move for a £40m-rated Tiemoue Bakayoko from Chelsea, who has been told he can leave, the Daily Star reports.

The midfielder has not made an impact at Stamford Bridge, but shone on loan at AC Milan last season, while Everton are set to lose Idrissa Gueye to PSG.

Arsenal are considering turning to Juventus defender Daniele Rugani to solve a potential centre back conundrum, according the Mirror.

The deal would be a loan, rather than a permanent purchase, with Chelsea's reported interest appearing to have cooled. 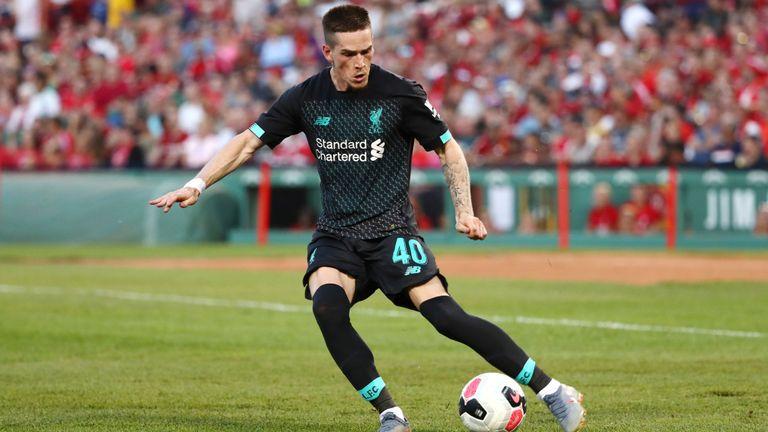 "His time is over for loans," Klopp added. "At the age he is now, he needs to find a place where he can settle. We will see what happens but a loan is not planned.

"He came back as a completely different player and it was a very important year for him. It helped being with a good manager, at a good club, with good competition, and it was exactly the right thing for him at the right moment."

Harvey Elliott could have "gone pretty much anywhere" before he decided to sign for Liverpool and "needs game time", says Jurgen Klopp.

"I can say many positive things about the boy because we have signed him and he decided to join us when he could have gone pretty much anywhere," Klopp said following Liverpool's 3-0 defeat to Napoli on Sunday.

"He wanted to be part of Liverpool because of his talent. Now that he is here, let's work with him. He needs game time, we have to see where he will get that. He is obviously a fine, fine footballer - that is the reason why were really interested."

Manchester United have reached a verbal agreement with Lazio midfielder Sergej Milinkovic-Savic, according to The Sun.

The move is reportedly hinging on Paul Pogba's move elsewhere, with Milinkovic-Savic rated at £81m.

PEPE: HOW CAN ARSENAL AFFORD IT? 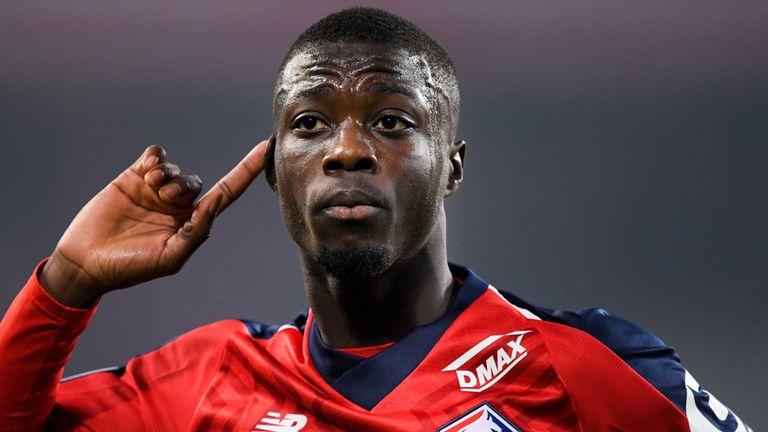 Arsenal are in advanced talks to sign Nicolas Pepe, but why have they chosen the Lille winger over Wilfried Zaha? And how can they afford him?

Jiangsu Suning have already moved on from Gareth Bale after signing another forward.

Croatia striker Ivan Santini has joined from Anderlecht to take up the foreign player spot that had been held back for Bale.

Defender Miranda also joined on Saturday meaning Jiangsu Suning now have too many foreign players on their books.

Carlo Ancelotti may have opened the door for Arsenal in their pursuit of Kieran Tierney by all-but rulling his side Napoli out of a deal for the Celtic left-back.

Speaking after their 3-0 win over Liverpool at Murrayfield, he said: "We are looking for a lot of players for this coming season but he is a Celtic player and we have two good left backs.

"But honestly I can say he is a really good player.”

Everton midfielder Idrissa Gueye is in Paris ahead of a move to PSG, Sky Sports News understands.

The Senegalese International is expected to have a medical in the next couple of days.

Unai Emery inferred Arsenal have several options on the table when he was asked about the Gunners' interest in Lille's Nicolas Pepe.

Arsenal are confident of signing Pepe from Lille after agreeing a £72m fee for the winger, according to Sky in Italy, with Emery also insisting he only wants players to improve the squad and provide different options.

After their 2-1 friendly defeat by Lyon on Sunday, Emery only spoke of Pepe directly to say he was a very good player, and says hard work is going on behind-the-scenes.

Asked about the Pepe reports, Emery said: "We are working and thinking about how we can improve. There are different players on the table, with the possibility [of signing] if we can.

"Pepe is a very good player, and also we are thinking only of players that will improve this squad, and also give us some different conditions to improve."

Aberdeen have rejected two offers over the weekend for Scotland central defender Scott McKenna; one from QPR and one from Nottingham Forest, accoding to Sky Sports News.

Both offers are believed to be have been around £3m.

LAMPARD: HUDSON-ODOI DEAL NOT YET DONE 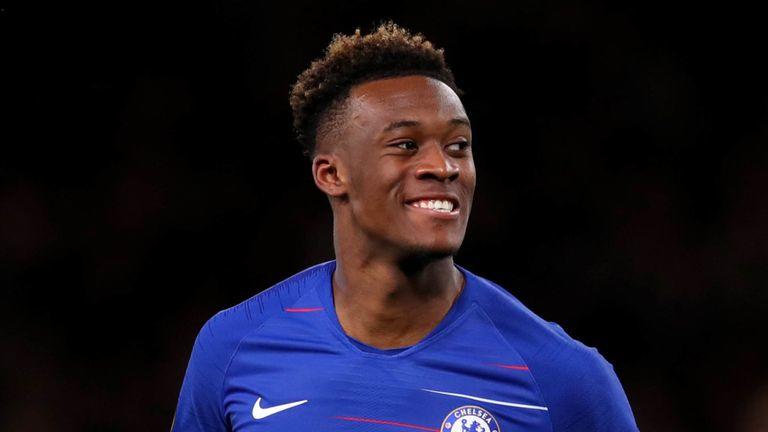 Frank Lampard says Callum Hudson-Odoi is yet to sign a new deal with Chelsea, but admits talks have moved on "very well".

We reported in the week that Hudson-Odoi is close to agreeing a new contract at the club, which will be worth £180,000 a week.

"Talks moved on very well in the last week or two but it’s not done yet. The one thing that’s clear to me is I want to keep him here. He’s a player we cherish."

Earlier this week, Kovac confirmed Sane would be the Bundesliga champions’ “dream signing”, confirming their intention of going all-out to seal his signature.

“Leroy is a very good player. We want him and the club is working on it. But I’m confident and assume that we can get him,” Kovac told ZDF Sport.

According to Sky in Germany, Bayern held positive discussions with Sane's representatives earlier this week over a potential move to the Allianz Arena. 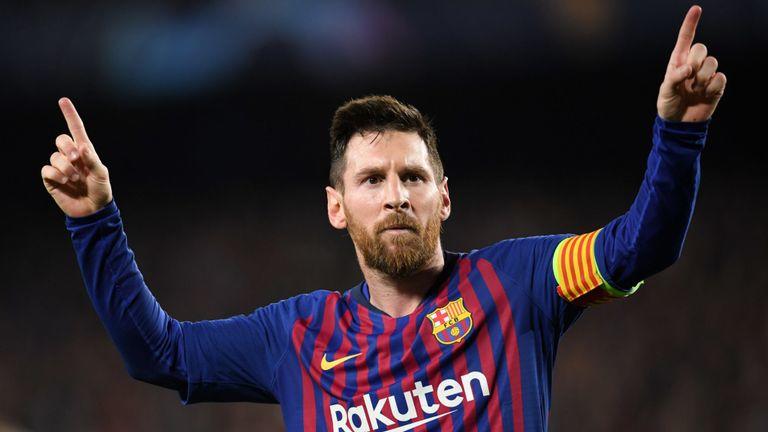 And although there is no suggestion 32-year-old Messi is set to hang up his boots anytime soon, Bartomeu says the club have 'an obligation' to minimise the loss when he does.

"We think it is our obligation to work on the post-Messi era," Bartomeu said. "We are thinking about a post-Messi era because we are bringing in new players...

"We have to think about this changing era when Messi will give up playing football but, as president, I hope that he is going to [play with us for many more successful years]."

Former Manchester United midfielder Shinji Kagawa is set to leave Borussia Dortmund for the second time in his career and join La Liga side Celta Vigo, according to Bild.

The same day his signing was announced, Harvey Elliott takes his place on the Liverpool bench against Napoli at Murrayfield having joined the club from Fulham earlier on Sunday.

He's joined by the club's other summer signing Sepp Van den Berg, who made his debut in their 2-2 draw with Sporting on Thursday morning.


FERNANDES NEAR TO UTD MOVE

Manchester United have agreed a fee of close to £70m for Sporting midfielder Bruno Fernandes, according to Sport.

The Portugal international's move to Old Trafford could be confirmed in the next 48 hours.

But La Provence say they have moved on to other priorities, namely Nicolas Pepe.

WOLVES IN FOR SILVA?

Wolves could still rival Marseille and Southampton for AC Milan forward Andre Silva, according to Tuttosport, despite having agreed a deal for Patrick Cutrone.

Cutrone has left Milan’s pre-season tour of the USA early after positive negotiations with Wolves. The striker is now back in Italy as he considers a move.

The 23-year-old plays for Fortuna Dusseldorf in the Bundesliga, where he made 10 appearances last season.

Rovers have agreed a season-long loan deal with Manchester City for youngster Tosin Adarabioyo but the move has stalled, so the club are now exploring other targets and Bormuth is among them.

To always get latest sport news and transfer update visit sweetgist.com daily to be updated.

Drop your comment below so we can discuss about the transfer news.